The family of a Sudbury man killed in a tragic accident last summer is reeling after learning that an education fund set up to help his widow and young children has been drained.
Oct 8, 2015 4:28 PM By: Darren MacDonald 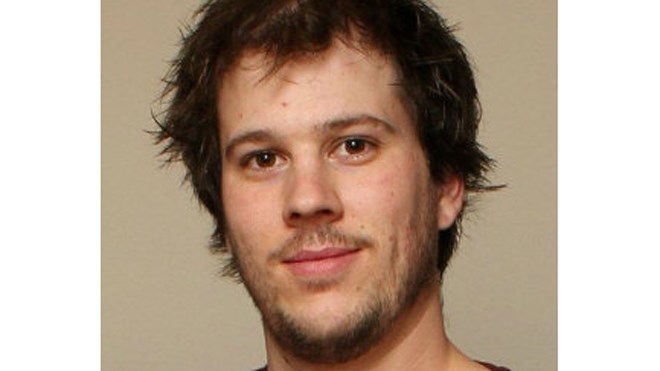 A new account is now available for anyone wishing to donate to help a Sudbury widow and her two sons who were victims of fraud in an online fundraising campaign. File photo.

The family of a Sudbury man killed in a tragic accident last summer is reeling after learning that an education fund set up to help his widow and young children has been drained.

RCMP in Fort McMurray have confirmed they are investigating what happened to more than $24,000 raised through a GoFundMe.com campaign. The campaign was started by a friend of Roger Belanger, who was killed in a car accident in July. *Belanger who was from Sudbury, drove truck in southern Ontario and was online friends with the person who set up the account. She lives near Fort McMurray.

“He leaves behind his beautiful wife, Justine, and their two beautiful children,” says the appeal on the website. “I have created this account in hopes to help Justine and the kids with whatever costs arise due to the loss of Roger.”

The appeal was successful, and 172 people donated a total of $24,035. Problem is, the person behind the campaign hasn't given any money to the family, who has since learned the account has been emptied.

Roxanne Belanger, Roger's sister, said in an interview this week they were vaguely aware of the person who started the campaign as an acquaintance of her brother. She began the campaign the day after the accident, at a time when the family's focus was on grieving.

"Because we were dealing with the shock at the time, we weren't really thinking about it,” Roxanne said. “And then about a week after the accident, we realized we should take steps to make sure that Justine, my sister-in-law, would have access to the money.

“And the person (who started the campaign) was basically giving us a lot of answers, but not taking any action ... She would tell us she was going to do something, but then never do it, in terms of transferring the account over."

As their suspicions grew, the family tried to work with representatives from the GoFundMe website to find out what was going on.

"They were not very forthcoming,” Roxanne said. “It took weeks for them to answer our questions regarding what we needed to do (to get information), because at that point we were very suspicious.

"We had to provide all this documentation to have access to this account that was supposedly ours — and by that, I mean our sister-in-law. But she needed absolutely no documentation to open an account for someone else. But we had to jump through hoops in order for them to even answer our questions."

After eventually convincing the website who they were, they found out the person who started the campaign had withdrawn the donations.

"It wasn't until we became very angry and very aggressive that they told us the account had been basically drained,” Roxanne said. “There were 22 withdrawals. If they would have just helped us at the beginning, then we probably could have avoided at least most of this."

At that point — by now, it was late September — they had enough information to go to the RCMP in Fort McMurray, where the woman who started the campaign lives.

Const. Ashley Quallie, media relations officer with the Wood Buffalo RCMP, confirmed Wednesday they have been looking into the case since Sept. 28.

"It is still under investigation, so there isn't really anything that I can really give you as far as information at this times,” Quallie said. “But I can confirm a fraud investigation is taking place in regards to it.

"I can't confirm who the suspect is or anything like that, because it is still under investigation. No persons have been charged."

Roxanne said the case has caused deeper heartache for her sister-in-law, whose worries had been eased somewhat by the education fund for her sons, who are two years old and 3 ½ years old.

So the family is trying to get the word out that if anyone who donated using a credit card that has fraud protection, they may be able to have their donation refunded.

"I donated personally myself, and I contacted VISA, and because it's a fraud, I am able to get reimbursed, providing I give them a statement from the police officer,” she said. “So I'm trying to put the documentation together for people to be able to be reimbursed and hopefully re-donate to Justine so that she actually gets the money.

"The problem is that it puts a lot of onus on the people who donated to jump through hoops in order to get their money back so they can re-donate."

Easy to create a fund

Roxanne also wants people to be aware of how easy it is to for anyone to create a fund for a worthy cause, then keep the money for themselves.

"You shouldn't be able to set up an account for someone else without having that person directly involved, or attached somehow to the account," she said. "If people don't know the individual that's manning that fund, there's no way of knowing where that money is actually going.

"It's very frustrating to have to prove who we are to get information, yet anyone can just go online and start a fund for whatever reason, really."

She has set up an email address — belangerchildren@gmail.com — for people who donated to the original fund to contact her. She's putting together all the documentation needed to be reimbursed by credit card companies, in hopes that donors will take steps to get their money back, then re-donate to the real education fund for her nephews.

"It's made the tragedy much more difficult, especially for my sister-in-law, because she was planning to use the money to buy RESPs for her sons, which would alleviate a lot of the financial burden later on when her children go to school," she said. "So I'm encouraging people to communicate with me if they donated to the fund. Once I have to documentation ready, I will be providing it to the people who donated in hopes they can be refunded and donate properly."

An attempt to contact the person listed as the originator of the GoFundMe campaign, Vikki Heppner, was not successful. And messages to GoFundMe.com's media relations seeking comment has not been returned.

For her part, Roxanne said her faith in humanity has been shaken by the incident, and she feels bad not only for her sister-in-law, but for the people who donated in good faith, only to have the funds disappear.

"(The possibility of fraud) wasn't even a thought that crossed our minds for multiple reasons,” she said. “We were so consumed with our grief, and she was someone who knew my brother, and that was friends with him. And so it wasn't until she became non-responsive that we became suspicious.

"I appreciate all the people who donated, and I'm sorry that this has happened."

*An earlier version of this story incorrectly said Roger Belanger worked in Alberta. In fact, he worked in southern Ontario.