A familiar voice in the North, Martin Chapman, remembered 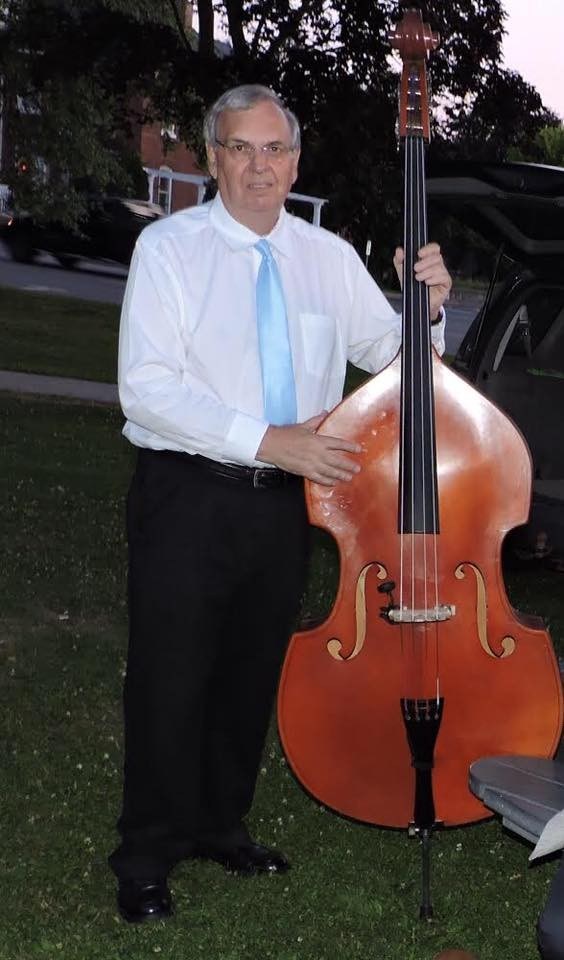 Friends and former colleagues of Martin Chapman are remembering him as the man who spent nearly three decades covering Northern Ontario news with a passion for CBC Radio in Sudbury.

Chapman died Monday in Peterborough, Ontario after a battle with cancer. He was 76.

The news of his death was revealed by his son Paul Chapman, a professional musician who grew up in Sudbury and now lives in Southern Ontario.

Martin Chapman made a career of covering news for the public broadcaster, but his joy was playing bluegrass music and taking part in music festivals at country fairs across Ontario. Part of that passion was a regular music feature on CBC Sudbury called Martin's Melodies where listeners were invited to call in and comment on the tunes he had selected.

Chapman was also known for his booming old-school style baritone radio voice when he did news reports and presented the morning and afternoon newscasts at CBC. At one point in his career, he was recognized as Northern Ontario's most outstanding journalist, as part of an annual journalism awards program sponsored by Ontario Northland Transportation Commission.

Prior to becoming a journalist, Chapman had spent roughly five years as a patrol officer with the Ontario Provincial Police and for several years before that, he was with the Royal Canadian Air Force.

Chapman's broadcast role was remembered on Twitter on Tuesday with a brief tweet from the CBC office in Sudbury: "CBC Sudbury is saddened to report the passing of long-time colleague Martin Chapman, who was the voice behind the microphone in our newsroom for decades. A much-admired journalist, this man knew his stuff. A mentor to many, a trusted voice on the news desk, a friend."

Social media columns were full of remembrances and tributes from literally hundreds of former co-workers and family friends. One Facebook page had more than 500 comments. Son Paul said he was pleased to see the outpouring of condolences and kind words.

“Yeah, it has been great. A lot of people had some really nice comments. I want to say thank you to all of them,” he said Wednesday.

One of those who remembered Chapman as a friend is retired veteran journalist Ruth Reid of Sudbury, another well-known radio voice in the North. She recalled Chapman as "a passionate newsman."

Reid said Chapman loved chasing news stories, asking all the questions and then some. She said Chapman "did not hesitate to make people feel uncomfortable when it came to finding the truth, yet managed to do it in a respectful way. I really enjoyed all our brainstorming over stories and issues."

Reid also revealed she spoke with Chapman in a phone call as recently as a couple of weeks ago.

"We talked about journalism, music and death. We reminisced, and we speculated. When I asked him what he thought might be ‘on the other side’ he said, ‘Well, who knows. We’re reporters ... so probably more questions. It’ll be interesting though.’ And then we both laughed."

Reid also recalled during the phone chat Chapman said he had gone through sadness and anger at the initial cancer diagnosis.

“But after a while, he said 'You just realize you have to come to terms with it, so I made up my mind to live on as high a note as I could, for as long as I had.’ That was Martin."

Chapman was born in England. Chapman is survived by his son and a daughter, and his life partner Esther Dore. His son said Chapman’s church in Peterborough is planning to hold a celebration of life, likely in October when some of the COVID-19 restrictions might be eased.