About 1,600 students crossed the stage at Cambrian in late May 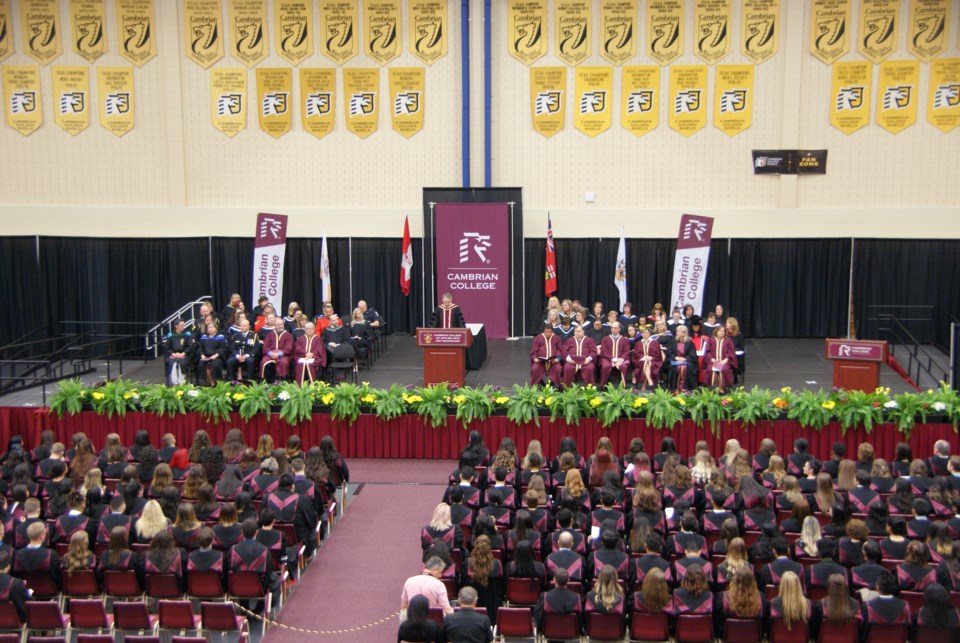 They entered the ceremonies as students, they left as alumni.

More than 1,600 students graduated from Cambrian College during five different convocation ceremonies held in late May at the college’s main campus in Greater Sudbury.

Several current and former students were honoured this year for outstanding achievements and community service.

Brian Humphrey, who graduated from the Physical Fitness and Leisure Management program in 2005, received the Alumni Award for his philanthropic achievements. As CEO of Climb for Cancer Hamilton, he has raised more than $1 million for cancer care.

Earning the President’s Award of Excellence for Faculty was Ryan Carbone, a professor in the School of Health Sciences, Nursing, and Emergency Services.

Long-time Cambrian and community volleyball coach Dale Beausoleil was this year’s recipient of the Fred Sheridan Award for his many years of service to education in the community.

The Governor General’s Academic Medal – presented to the student with the highest average in a diploma program
Eric Sampson, Civil Engineering Technology

The Dr. Fred Sheridan Award – presented to a community member for contributions to the advancement and betterment of society through extraordinary service to education  -  Dale Beausoleil, longtime Cambrian College and community volleyball coach

Netting being installed under 90-year-old College Street underpass to catch falling concrete
Feb 21, 2020 5:00 PM
Comments
We welcome your feedback and encourage you to share your thoughts on this story. We ask that you be respectful of others and their points of view, refrain from personal attacks and stay on topic. To learn about our commenting policies and how we moderate, please read our Community Guidelines.