There are low cost solutions to the shortage that is already hurting businesses, residents
Mar 20, 2017 9:00 PM By: Darren MacDonald 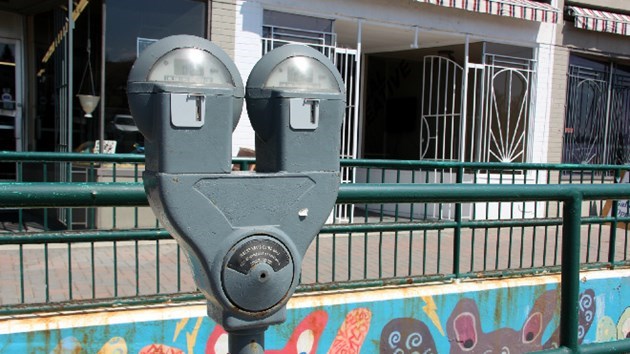 Several downtown business are struggling with a “critical” lack of parking spaces, says the chair of the Downtown Village Development Corp. But Susan Thompson said with so many projects on the go, there are several opportunities to fix the problem in the short and long term, if they can get the city's support. File photo.

Several downtown businesses are struggling with a “critical” lack of parking spaces, says the chair of the Downtown Village Development Corp.

But Susan Thompson said with so many projects on the go, there are several opportunities to fix the problem in the short and long term, if they can get the city's support.

The current issue is not with the raw number of parking spots, it's with the shortage of parking in areas where business owners, residents and employees need them.

"The city will say there's 4,000 or something parking spaces downtown, and that should be enough,” she said. “What they're missing is that the bulk of businesses are concentrated in a small area between Elgin and Lisgar streets.

"There's a three- or four-block quadrant, where you have everything from all the banks to insurance companies to the medical offices to most of the retail. This is where parking is really, really a problem."

Because of the shortage, many downtown workers play “feed the meter” all day, running out periodically to put more money in to try and avoid a parking ticket.

But Thompson said that means customers who want to shop downtown can't find a place to park, and end up circling city blocks.

"Then they go in and tell (downtown merchants), 'You know, I love your business but I'm not coming back. Parking is a nightmare downtown."

It also hampers attempts to increase the number of people who live downtown, because developers can't promise them a place to park. While the city aims to increase downtown residents from about 600 to more than 3,000, next to no progress has been made because of parking issues.

With the Place des arts and the Elgin Greenway set to reduce the number of spaces even more, the DVDC is hoping the city will take some long- and short-term measures to address the issue.

First, they would like parking to be allowed on both sides of Elm Street, from Lorne Street to Paris Street. While this will slow traffic flow, Thompson said it's a small price to pay to quickly help downtown businesses.

"Who cares about the fact a slurry truck will have to go a little slower through downtown?" she said. "And businesses on the other side of Elm Street would welcome more parking."

They're also hoping for angled parking on Elgin Street, which could significantly increase the number of spaces there. Another measure would be to build a pedestrian walkway to the underused parking lot near Lorne Street, behind the grocery store.

"The reason it's under-utilized is the access to it,” Thompson said. “It's not perceived to be safe or convenient by employers downtown. But with an overpass, it becomes a quick three-minute walk."

Longer term, she said the solution are mixed use developments, where bottom floor parking is mixed with office, residential and other private uses on higher floors. There has been interest from the private sector, but tax or other incentives from the city are needed to make them viable.

"Without an incentive of some kind, these projects aren't going to happen," Thompson said.

That could mean tax breaks for a certain period of time for the developments, or interest-free loans payable within five years. If current standalone lots are redeveloped to include buildings, the city would gain more in new tax revenue than they would offer in tax breaks or loans.

"The incentives will have to be right, but there is definite interest in this in the private sector,” she said. "They would be structured so it would be win for the city, so they get a real return on their investment. If we can get a couple of mixed use projects going, that include parking, we can start to chip away at the problem."