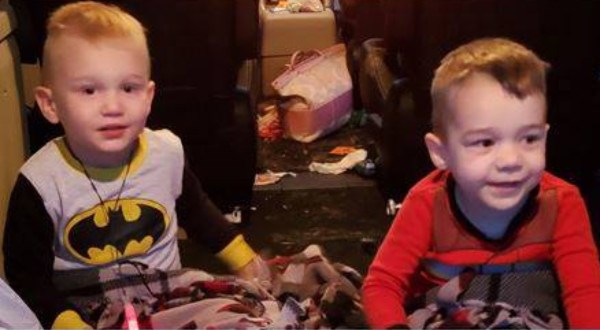 If you were awakened by an Amber Alert alarm on your phone early this morning, there's good news. York Regional Police say the two young boys who were the subject of the Amber Alert have been found safe.

Police reported at around 5 a.m. the boys and their grandfather have been located "in good health." The Amber Alert has ended.

The three were located by Toronto Police driving on Lakeshore Boulevard in Toronto. York Regional Police say the Amber Alert was directly responsible for the boys being located.

The children, Harrison and Keegan Laroque, were last seen at the Upper Canada Mall in Newmarket, Ont. at 3 p.m. Wednesday.

They were in the company of Leo Easton, 70.

Below is the notice issued by police: 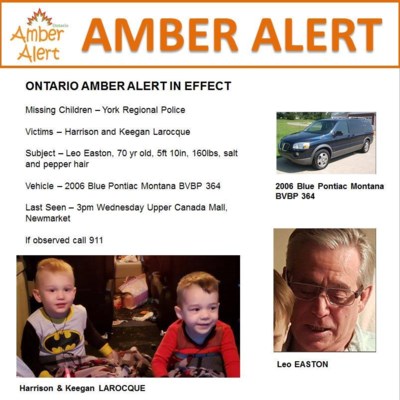 Driver behaviour under investigation after truck crashes into Porcupine Mall
Jun 1, 2020 7:00 PM
Comments
We welcome your feedback and encourage you to share your thoughts. We ask that you be respectful of others and their points of view, refrain from personal attacks and stay on topic. To learn about our commenting policies and how we moderate, please read our Community Guidelines.