Add an OHL arena to the wish list of amenities the city is hoping to get out of the casino development. Almost lost in the loud debate over firing the ombudsman, city councillors voted unanimously Feb.
0
Mar 4, 2013 4:46 PM By: Darren MacDonald 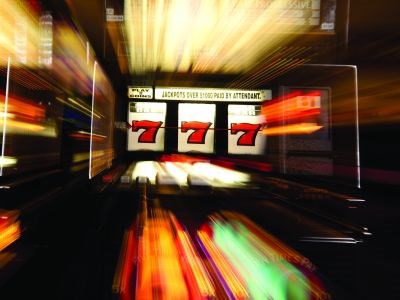 City council has included an OHL-ready arena on its wish list for the developer that will eventually be chosen to set up a casino in Sudbury. File photo.

Add an OHL arena to the wish list of amenities the city is hoping to get out of the casino development.

Almost lost in the loud debate over firing the ombudsman, city councillors voted unanimously Feb. 26 to support a motion by Mayor Marianne Matichuk outlining the amenities the city expects to have along with a casino.

While affirming the city’s support for building in one of four areas – downtown, the South End, the Kingsway or at Sudbury Downs in Chelmsford – the motion specifies the city expects benefits in addition to the casino.

“These amenities may include, but not be limited to, a hotel, a convention or multi-use centre, a performing arts centre and/or an Ontario Hockey League-ready arena,” the motion states.

“I don’t think we’re going to have another opportunity like this for a long time, to get some amenities and some economic growth in our city at a very minimal cost – or no cost at all,” Matichuk said. “This is a great opportunity for our city.”

Ward 7 Coun. Dave Kilgour said opportunities such as this are rare and it’s the responsibility of councillors to ensure citizens get the maximum benefit.

“We’re not talking about someone coming into this community and spending $5 million or $6 million,” Kilgour said.

“We’re talking about someone coming in and spending potentially $200 million or $300 million. It’s a huge investment. We not only have to be ready, we have to make sure that what comes out of this is very positive for our city moving forward.”

It’s vital to let developers know ahead of time what the city expects, he added.

“What this motion does – and I want to congratulate you, Madame Mayor, for putting it on the table – it’s saying we’re willing to work with the developer, but that our expectations are going to be high,” Kilgour said.

“I want more than an OHL arena. I want something that’s capable of hosting the Brier and other curling bonspiels that are going on around the country.”

Ward 11 Coun. Terry Kett, who has described the casino development as one of the biggest economic development opportunities Sudbury has ever seen, asked city staff to clarify mixed messages from the Ontario Lottery and Gaming Corp. and the new premier, Kathleen Wynne.

While Wynne’s statements have suggested cities and towns have more control over the process than previously thought, the OLG said nothing has changed.

Ian Wood, the city’s director of economic development, said his interpretation is that “nothing has changed.

“The premier has said that everybody can opt out,” Wood said.

And as far as determining the location, cities can influence that process if zoning changes are required or if a developer wants to buy or use city-owned land for the development.

“I think this city has made it clear what it wants, and we have communicated that to the proponents,” Wood said.

Some councillors raised concerns about building the casino downtown. And a report by the Sudbury and District Health Unit cautions that putting the facility close to so many vulnerable people will worsen issues with problem gambling.

Ward 10 Coun. Frances Caldarelli suggested conducting an opinion poll to get a broader idea of where the public wants the casino to be built.

“I really think we should be asking more than 200 people,” she said, in reference to the turnout at a public meeting on the casino last fall. “We have the health unit and others expressing concerns and I really think it’s important that we hear what people have to say.”

But Ward 8 Coun. Fabio Belli said, with the city seeking a number of amenities with the casino, it’s important to allow the developers to choose the location where they can be most profitable. He recently toured the casino in Windsor, where problem gamblers can get help on site.

Ward 1 Coun. Joe Cimino said the city has no formal role now – it’s the OLG that is leading the process and that will choose the operator.

“But we’re telling all potential operators … once you’re chosen by the OLG and you come to town, you’ll be wooed by various landowners, and we want to have discussions with you, whoever you are, on what we can add to the facility to maximize the development,” Cimino said. “The motion doesn’t state a location.

“I think what we want to say is, we’re open, we’re willing to work with you and our expectations are high.”

Wood updated councillors on the process. The OLG expects to issue a formal request for proposals to build the casinos by May. Operators will have to bid on bundles and build casinos in each area in the bundle. In Northern Ontario, the bundle is Sudbury, North Bay, Sault Ste. Marie, Thunder Bay and Kenora.

Once the RFP is released, the city expects to begin receiving calls from potential developers. The OLG expects to narrow down the bidders for each bundle to two by the fall, at which time negotiations with cities will take on new urgency.

Once a successful bidder is chosen, they will take over the slots facility at Sudbury Downs and operate it until the casino is open for business.

Bombardier begins ventilator production at Thunder Bay
Jun 1, 2020 8:00 PM
Comments
We welcome your feedback and encourage you to share your thoughts. We ask that you be respectful of others and their points of view, refrain from personal attacks and stay on topic. To learn about our commenting policies and how we moderate, please read our Community Guidelines.