Mayor Bigger wants to have all relevant and important information made available before moving forward with arena
Jan 20, 2021 8:35 PM By: Matt Durnan 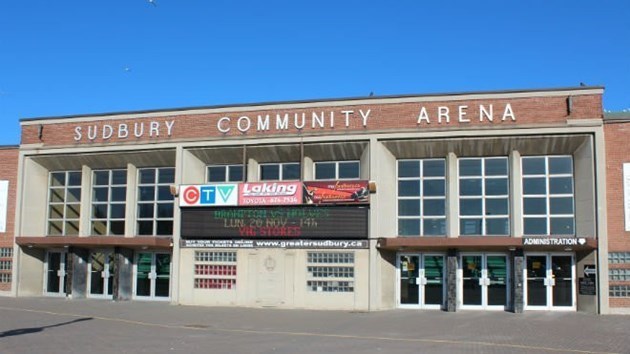 The Sudbury Community Arena will be one of three sites that will get a closer look when staff brings a comprehensive arena report to council in Q2 of this year. (File)

Greater Sudbury city council will get an outline on the scope of work and timelines associated with the Kingsway Entertainment District and two other sites at their Feb. 9 meeting.

The latter drew some displeasure from a few councillors on Tuesday evening, as Wood explained that comprehensive reports and project summaries will be brought forward on three sites for the KED.

Mayor Brian Bigger put a pause on any KED decisions during last week's council meeting, requesting a report from staff that will be presented in the second quarter of this year that will lay out the all the facts related to the proposed event centre.

"As council and as a community we've all waited for the legal and various other processes to conclude on the Kingsway Entertainment District and in recent weeks we've seen an enormous amount of public and council discussion, data, information, facts, letters regarding this project, and the reality is much has changed since 2017," said Bigger during the Jan. 12 meeting.

"COVID-19 has had a significant impact, we owe it to our citizens and ourselves to ensure that we have correct information to make some very big decisions in the coming months," said Bigger.

On Wednesday night, the revelation that under Bigger's direction staff will be looking at the KED, new construction at Shaughnessy/Minto Streets and a renovation to the existing downtown arena didn't sit well with some members of council.

Ward 5 Coun. Robert Kirwan called out the mayor directly, suggesting that he had changed from his original direction to staff.

"Direction from the mayor was to conduct a comprehensive report on everything that there was to know about the Kingsway Entertainment District and the arena going there," said Kirwan.

"I don't recall the mayor saying that there would be a comparison in this report of any other locations, so could you explain why you're recommending summaries on three sites when really the direction from the mayor, and the mayor can correct me if I'm wrong, but the direction was clearly that this was going to be a report that dealt only with the Kingsway Entertainment District."

Bigger responded to Kirwan that the intention of the report was for council to have the best and most up to date information made available to them.

"(Information) that obviously supports the best decision that council can make for an investment between $90 and $100 million," said Bigger.

Ian Wood explained that from a staff perspective, in the wake of indications of other motions brought forward and a presentation (Project Now), it was prudent to take the approach laid out by staff's recommendation.

"We will be bringing a scope of work and timelines back on Feb. 9 and should council choose to provide a different direction or alter the scope we would obviously be in your hands," said Wood.

"I'm just suggesting how we are approaching it at the moment."

Kirwan again called back to the Jan. 12 meeting when Bigger indicated that he would be asking for a staff report by the second quarter or 2021, insisting that no other options apart from the KED were mentioned.

"What you basically said tonight is we're looking for a report from staff so that council can decide where to put the arena, that's basically what you said and that's not what your direction was. We have a site, it's on the Kingsway, we have partners who in good faith are working with us and basically what you're implying here is that we're going to get a report that considers the benefits and advantages of those three sites and it's almost as if we're going to be dealing with the arena again. Tell me I'm wrong."

Bigger pointed to the impacts of COVID-19 as reason to take a closer look at all options.

"It's very important that council is moving forward with actual and current information as we move forward. There's no recommendation here to change the direction of council, however I do believe it's important for council to understand what is the factual information and put it all in one place," said Bigger.

"The whole idea is to have a base of information that is relevant, that supports the decisions of council, and this is the single largest investment in the history of our community and we have clearly all heard the conversations in the community and we've also heard the requests from councillors to ensure that we understand the information that's being presented and understand which information is factual and relevant to a decision as well as understanding the risks involved with the various choices that would be out there."

Ward 1 Coun. Mark Signoretti said that there were a number of unknowns related to the KED project, specifically surrounding the city's partners.

"Yes we do have partners involved, but to date and I know councillor Montpellier has asked this since 2017, we've never heard of the hotel operator. We've heard different names come up but we've never had actual concrete information on a hotel operator as a partner," said Signoretti.

"Second of all we've heard from Gateway in a statement that they've made in the paper that the financial situation they're running into and the hospitality industry as a whole, so I appreciate that this information is coming forward because this will give us a lens as of today, in the COVID state, that we're in and we know the effects on the hospitality industry right now."

Ward 4 Coun. Geoff McCausland, who along with Signoretti, brought the Project Now proposal to the attention of council through a members' motion, applauded Bigger's leadership in taking a closer look at all available options.

"I just want to say I really appreciate your leadership in this. Things have changed, as many councillors have said, and I think that it's totally reasonable to get all of the facts, get them all together and make sure that we're doing the right decision from today's viewpoint with todays lenses in today's reality," said McCausland.

"I don't think there's anything to fear; if we go through this process and the Kingsway is still by and large the best choice and the best option then it should be able to stand up on its own two feet. I think that any kind of significant $100 or $150 million with interest investment like this, the largest in our history, it absolutely makes sense to make sure that we take the time to get it right and have the time to review all of the facts and all of the information."

Staff will return to council on Feb. 9 to present an update to council on the scope of their work for the detailed report that will be brought to council in the second quarter of this year.