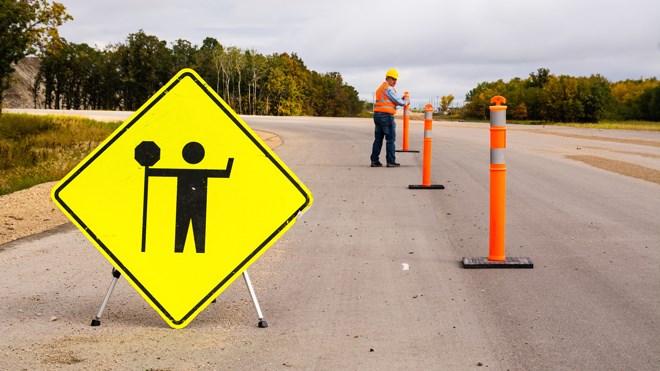 A $1.5-million road repair pilot project was canned by city council on Tuesday after some lively debate over the price tag and scope of the project.

Council had been mulling over a hot-in-place asphalt recycling (HIR) pilot project that would have seen roughly 25 lane kilometers of roadway get an overhaul. The pilot made it through the tender process and came back with three bidders, the lowest coming in at $2.1 million, surpassing the city's budgetted amount by more than $550,000.

City staff was recommending that council proceed with the project, while scaling it back to meet their budget.

Instead, council voted to cancel the project and look to pick it back up in 2021.

Ward 11 Coun. Bill Leduc was the first to speak up in opposition to the pilot project on Tuesday night, noting that staff's decision to include culvert and curb work in the pilot pushed a number of potential contractors away from bidding on the job.

"We got three companies that bid on it, Pioneer Construction, Belanger and Interpaving. There were approximately six to eight other companies that looked at this tender and none of them came forward with a bid due to the fact that as soon as we added the culvert, which is not a costly expense (at) $160,000, but it is a very in-depth process," said Leduc.

"These companies that we were targetting, we wanted to target hot-in-place recycling, if we were looking to target Pioneer Construction or Belanger then this tender did a good job because that's who we attracted."

Leduc explained that he and Mayor Brian Bigger met with road recycling company, Road Surface Recycling (RSR) Limited in May of 2019 at a FONOM (Federation of Northern Ontario Municipalities) conference and requested a meeting where RSR would present their offer to the city's engineering staff where they could do the work at $14 per square meter and provide a three-year warranty.

"I can confirm that Coun. Leduc did set up a meeting with us with Road Surface Recycling during the conference, at that time we did have discussions in general about the technology and what they could provide as a company," said Dave Shelsted, director of infrastructure capital planning services.

"We did indicate that procurement bylaws with the city require us to go out with competitive tenders for any type of work that we may undertake and through the process that we've had since that time we have reported back to council and one of the reports in October of 2019 we did indicate that we would look for a road without major underground infrastructure like a watermain, but we did indicate within that council report that there would likely manhole adjustments, culvert replacements or curb replacements in any of the roads that we choose."

Suggestions from Leduc that the scope of the project laid out by staff closed the door on a number of bidders was met with a rebuttal from the mayor that the city did go through a competitive tender process.

"The question here tonight is does council wish to proceed with hot-in-place technologies in our community and if we do proceed with using that process, will it actually demonstrate, and it appears through the tender results that it will demonstrate in the future our ability to have cost savings due to the use of that technology," said Bigger.

"There may be other projects in the future that may not involve curbs or culverts, however I think the most important thing is the resolution at hand and the recommendations of staff to focus on that. This is a promising technology and council requested the pilot projects and being given the opportunity to identify the approach going forward."

Ward 5 Coun. Robert Kirwan stepped and asked that the resolution with staff's recommendation of moving forward with the project at a reduced scope be amended to direct council to select the third option outlined by staff: Cancel the contract entirely.

"What I was hoping for was that all these companies that did this work, that were experts in hot-in-place recycling would bid on the job, because in my recollection to the conversation we had when we approved this, it was this will give us a chance to see the experts in action and get a true indication of what the cost would be," said Kirwan.

"When I saw that we didn't even get the HIR companies bidding, that they're subcontracted to the general contractors, it tells me that we're No. 1 not going to get a true indication of what the cost is and we're not even seeing which companies that are engaged in this kind of process are even interested in coming up to Sudbury. They're coming up as a subcontractor and we all know that whatever the company is charging, there's a mark up, so whatever the HIR unit rate is that's being charged to the general contractor, it's going to cost more than if they would have bid directly on the job themselves."

Ward 10 Coun. Fern Cormier backed Kirwan's comments, stating that while the city had "baited the water" to attract HIR contractors to Sudbury as primary contractors, the minute the project was subcontracted, the direction changed.

"The minute they're operating as a subcontractor your pricing is skewed based on the very original thoughts that we had around this process," said Cormier.

Ward 7 Coun. Mike Jakubo was insistent on getting the pilot project off the ground as soon as possible, and did not believe that waiting a year to see if the city could bring in HIR would change anything.

"I come back to the amount that's budgeted for the work, the fact it's a pilot project and what we're trying to accomplish here. With the amount we've set out in the budget, we're not going to get one of these major hot-in-place recycling companies to come to Greater Sudbury on their own," said Jakubo.

"It's not going to happen for this amount of money. We need to see if the process works in different parts of our city, and then we can put together a larger contract in future years and then get those more major players without a subcontractor in place. If we re-tender this next year, we're still not going to get one of these major players for that same dollar amount. This is just how the economies of scale work in business and it's not going to happen, so don't kid ourselves now that if we re-tender this in 2021 that one of these major companies is suddenly going to decide to come to Sudbury."

Jakubo’s comments found support from Ward 4 Coun. Geoff McCausland, who pointed to the value for money that the HIR offered in comparison to the shave and pave process that the city has used for its road rehabilitation in the past.

"I think we can all agree that everyone here is looking to get this technology off the ground in Greater Sudbury, ensure we get the best price for taxpayers and we do a thorough pilot to determine how it performs on our roads," said McCausland.

"We're expecting to get the ideal price while asking them do a smaller amount, 80,000 square meters on four different roads. This is an excellent idea for a pilot project to ensure we examine how the product performs in different locations and circumstances, but it also makes sense that we did not get that theoretical best bid price considering the nature of that work. Despite all of that, the report states that while the HIR unit rate is higher than estimated, it still represents value for money as the unit rate represents a savings of at least 30 per cent in comparison to a grind and asphalt overlay treatment."

Council voted in favour of changing the resolution to reflect option three, where they would cancel the contract; only councillors McCausland, Jakubo, Deb McIntosh and mayor Bigger voting in opposition to the change.

The vote to proceed with cancelling the contract was passed with the only councillors Jakubo and McIntosh and mayor Bigger voting against the resolution.