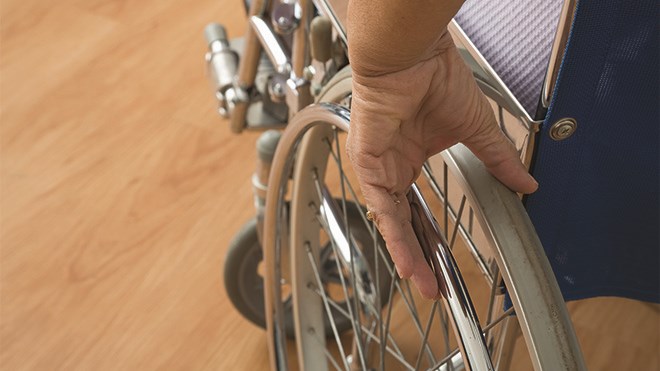 Marc Carroll, a Sudbury man with several ability challenges, wants supportive living/assisted living organizations for people with disabilities to be included in the Ontario government’s upcoming review of long-term care.

He argues the change is needed because funding for assisted housing is partially provided by the North East Local Health Integration Network (NE LHIN), thereby making it a branch of Ontario's health care system.

"Therefore the programs and services funded ought to be part of the conversation when looking at issues around health care," Carroll said in an email.

Carroll has posted his concerns in the form of a petition at Change.Org, a website that allows citizens to sign up and voice their opinions as well.

The review of long-term care in Ontario was announced by the province in response to the many deaths and failings of several long-term care homes revealed in the first few months of the COVID-19 crisis. Many of the problems were associated with underfunding and understaffing.

Carroll, who has cerebral palsy, anxiety, depression and a learning disability, said the level of care and support seems to be moving backwards towards a model of institutional care.

He said so far he is pleased with the response to the online petition.

"So far we have received a lot of feedback mostly from Southern Ontario. We have also received signatures from the U.K. It speaks to the humanity of this issue and that it is universal. We are currently at 226 signatures," said Carroll.

"We have support from the Sudbury Workers Education and Advocacy Centre — they signed and shared it. The Family Council of Ontario has voiced their support and shared the petition. Also, the chair of Independent Living Sudbury Manitoulin has signed it," he added.

While noting there appears to be widespread general support for people living with disabilities, yet not always a lot of action, Carroll said it can be difficult to cope with.

"Extremely frustrating. If you were to speak with me two years ago, or even a year ago you would have seen a very angry and disillusioned individual,” he said.

“I would try to speak on these issues, but at the time did not know how to explain them properly. There would be responses like "Oh how could we not see that?" or "We don't understand" and I would feel completely ignored and quite frankly not wanted or like I am an inconvenience to society. Now thank you to the BLM movement and my support through the Northern Initiative for Social Action, I am finding a stronger voice. Willing to educate instead of hate," Carroll said.

Carroll said he has been told that the petition likely will not help him achieve what he wants. He said he is not discouraged by that.

"The number one change would be affordable accessible housing and expansion of direct funding or variations of it.

"In an ideal world, I am just hoping to get as many signatures on the petition to raise awareness and educate along with helping my peers in the disability community, as the older generation has done for me. A lot of my peers feel the same but think they can't make a difference or they are afraid to speak to power."

He added that he wants to see Accessibility for Ontarians with Disabilities Act taken seriously and backed up by what he called "real enforcement.”