Be aware of weather conditions if you're travelling toward Toronto or the Sault
0
Feb 19, 2020 9:36 AM By: Sudbury.com Staff 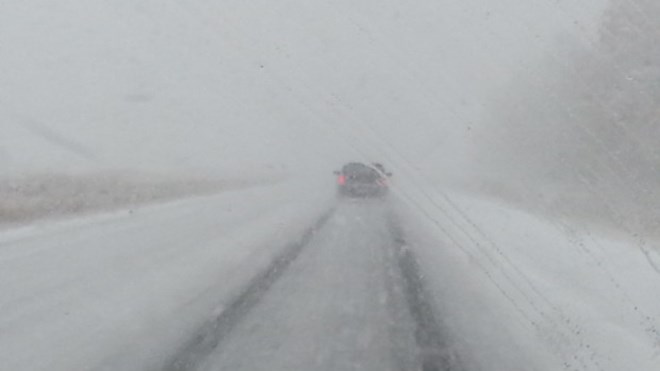 If you're planning to travel on Highway 400 toward Toronto or west on Highway 17 toward Sault Ste. Marie today or tonight, you may run into some poor driving conditions.

The advisory from Environment Canada said snow squalls are possible in this area beginning this afternoon into tonight.

With the arrival of cold northwesterly winds, snow squalls are forecast to develop over Lake Huron and Georgian Bay this morning.

As winds shift this afternoon, these snow squalls are expected to move over the area and then continue into tonight.

Visibilities will likely be reduced at times in heavy snow and blowing snow, particularly over exposed areas.

Travel may be hazardous due to sudden changes in the weather. Visibility may be suddenly reduced at times in heavy snow.

Local snow squalls will continue today in this area, said the advisory from Environment Canada.

Total snowfall amounts of 10 to 15 centimetres will be possible by the time the snow squalls weaken tonight.

Poor winter driving conditions due to accumulating snow and low visibility in briefly heavy snow is expected with these snow squalls.