How are boards handling physical distancing in large classes?

Answer: Boards are doing what they can, including installing sneeze guards or setting up classes in the gym or outside
Sep 15, 2020 1:00 PM By: Heidi Ulrichsen 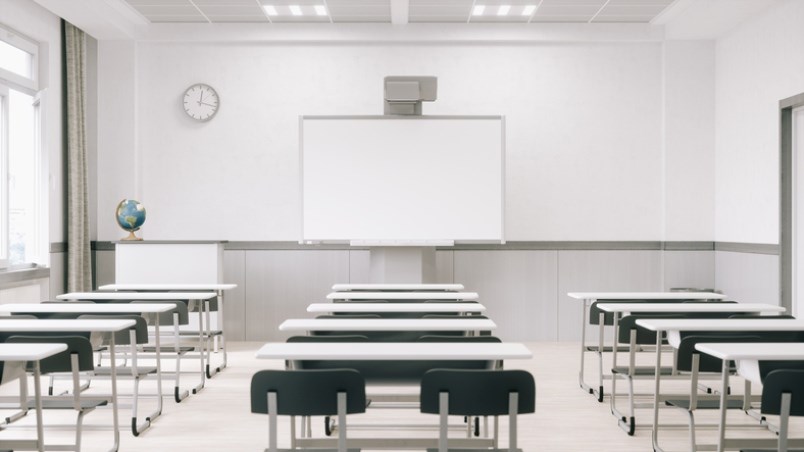 The kids heading back to school amid COVID-19 this month has brought a lot of uncertainty for students and their families.

Sudbury.com reached out to our readers for their back-to-school questions, and we’ve endeavoured to find some answers.

What measures will be taken for physical distancing in the case of a classroom with a large number of students?

Ontario’s school reopening plan has been criticized by boards, teachers’ unions and some parents for not doing enough to cut class sizes and allow for physical distancing, said a Canadian Press story.

Researchers at Sick Kids Hospital have released findings of a new study that says it is not possible for students to keep a distance of two metres if there were more than 12-15 of them in a standard classroom setting.

As per the province’s Guide to Reopening Ontario’s Schools, elementary schools are opening with no changes to class sizes (which in older grades could potentially mean 30 or more students).

In some parts of the province, such as the GTA, high schools are opening on an adapted model, with class cohorts of approximately 15 students, and attending on alternate schedules that would include in-person attendance at least 50 per cent of the time.

However, school boards here in Greater Sudbury are not included in this adapted model system, instead opening high schools with a more conventional delivery model (although with class rotations designed to limit contacts).

The province has asked that boards keep elementary students “cohorts” (or their direct and indirect contacts in schools) to approximately 50, and 100 at the secondary school level.

We asked local school boards what is being done to promote physical distancing in the case of a classroom with a large number of students.

Conseil scolaire Catholique du Nouvel-Ontario said non-essential furniture as well as other items will be removed from the classroom in order to maximize distancing.

Desks in classrooms will face forward rather than being grouped or arranged in circles, said an email from board spokesperson Paul de la Riva.

Detailed plans by school will be developed by the board’s Buildings Department in collaboration with the school administrators if adaptations are required.

Classes with a larger number of students can be set up in the gymnasium or the library.

Sudbury Catholic District School Board said students will remain in the same consistent seat in the class as much as possible.

Board spokesperson Carlee Vendramin said in an email the teacher will move, and the students will remain in their classroom. This area becomes their personal space and should be as far away from the nearest student as practical.

Where possible, the same students should remain with the same teacher.

Classroom physical sizes vary in size, and all unnecessary furniture has been removed to provide as much physical distance between desks as possible.

Desks will face forward rather than in circles or groupings. In some cases sneeze guards might be required. The board said it has also enhanced the school with signage and floor markings that promote social distancing.

In its school reopening plan, the Rainbow District School Board said where possible, physical distancing of school staff from children and other staff will be emphasized.

When children are in the classroom, the classroom furniture will be arranged to leave as much space as possible between students. If weather permits, consideration will be given to having classes outside.

Conseil scolaire publique du Grand Nord de l’Ontario said on its website that plexiglass panels have been installed in designated areas, and every classroom, staff room, library and school office has been equipped with a medical-grade air cleaner.

Surface disinfection machines have also been purchased to limit viral contagion in schools.

Do you have a back-to-school question you think we should tackle? Email hulrichsen@sudbury.com.