Barring last-minute miracle, Sudbury mom gives up her son to get him help

“He cannot return home,” she said. “It's not safe.” Her son, whom she adopted from Serbia five years ago when he was 4, is severely mentally ill and poses a threat to her other children.
Dec 4, 2014 10:28 PM By: Darren MacDonald 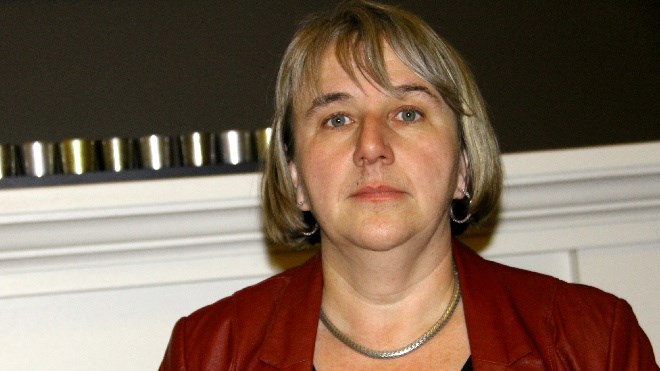 Barring a last-minute reprieve, Dr. Nicole Desmarais will have to give up parental rights to her son Friday, the only way the province will agree to pay for the intensive treatment her severely mentally-ill son requires. File photo.
“He cannot return home,” she said. “It's not safe.”

Her son, whom she adopted from Serbia five years ago when he was 4, is severely mentally ill and poses a threat to her other children. He has attacked them in the past, and has said he will kill them, as well as her partner.

Because of his severe needs and violent behaviour, there's nowhere in Sudbury that can – or will – offer her respite or give him the intensive treatment he needs. The recommended facility to treat the disorders the boy suffers is Bayfield Treatment Centres in southern Ontario — at a cost of $1,000 a day, something she can't afford for the extended treatment he requires. The province will pay, but only if she surrenders her parental rights and makes him a Crown Ward.

“That's what I don't understand,” Desmarais said. “They're not saving anything by doing this … And the child is losing his family. It's crazy. How do you expect a child with mental-health problems to get better when all his supports are taken away from him?”

Desmarais's son suffers from a severe case of reactive detachment disorder, a condition where the brain fails to develop in key areas because they are not cared for properly as babies and don't form the normal emotional bonds. He also has complex developmental trauma disorder, which results from prolonged abuse or neglect at a young age.

“She just talked about the money they have put into the system,” Taylor said. “She said nothing about what she would do to ensure this family get the services they need. And quite frankly, I was appalled.”

The government has known about this issue for years, she said, citing a 2005 report by Ontario Ombudsman André Marin entitled "Between a Rock and a Hard Place" that directly addressed tragic situations like Desmarais family is facing.

“He made recommendations that, if the government adopted, we would not be in this situation today,” Taylor said.

Two years ago, she was contacted by the mother of a severely autistic girl who was looking for help when her husband became terminally ill. She was also told the only way to get support was by making her daughter a Crown Ward.

“It's people with mental-health issues, with developmental disabilities, that are caught in these traps,” she said. “We just want (Desmarais) to get the services she needs without having to abandon her child … With the deadline tomorrow, and the lack of a response from the minister, I'm ashamed.”

In response to Taylor's questions, MacCharles said her ministry couldn't talk about specific cases, but said the government has made significant investments in childhood mental health, including $5 million this year to reduce wait lists.

However, she didn't address the issue of families being forced to surrender their children to access those services. For Desmarais, it means surrendering her son is her only option, however devastating it will be for her family.

“It's like putting a gun to someone's head and saying, 'You need to do this, or I'll shoot you,'” she said. “It's that critical. It's that dangerous.”

But she plans to continue with her $10 million lawsuit against the province, in hopes that it will lead to a policy change that will help another family in the future.

“Maybe it will make a difference for somebody else and their children,” she said. “I'm still hopeful that something is going to happen before tomorrow when the Crown Wardship application is finalized.”

Read the ombudsman's report on this issue here: