'We all know batteries for electric vehicles are going to be very important new demand source of nickel'
0
Nov 23, 2018 9:00 AM By: Darren MacDonald 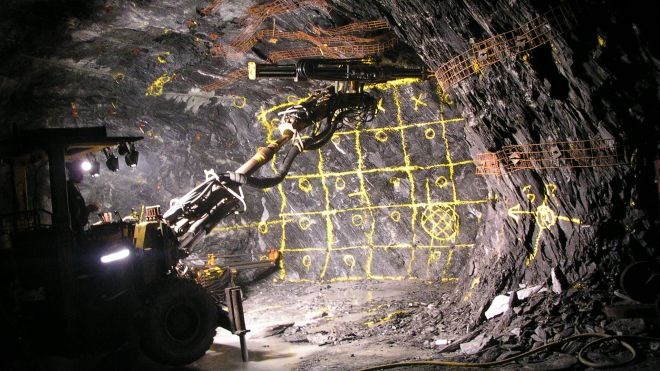 After surging this past spring by 75 per cent, nickel prices have sagged badly in recent weeks, and the price per pound dropped below $5 on Thursday. But nickel analyst Terry Ortslan says prices should recover in 2019. (File)

After surging this past spring by 75 per cent, nickel prices have sagged badly in recent weeks, and the price per pound dropped below $5 on Thursday.

The slump follows predictions of higher prices in 2018, a disappointment for an industry that has waited years to recover. It's especially important in Greater Sudbury, where mining employs about 17,500 people directly or indirectly.

So what's going on? Terry Ortslan, a nickel analyst at TSO and Associates in Montreal, said Thursday the industry is facing a double whammy that's depressing prices.

While the market for stainless steel wasn't expected to drive the price, demand for the higher-grade nickel needed for electric car batteries has hit a few speed bumps.

"They announced they were going to expand their battery-grade nickel capacity by 50 per cent by 2025," he said. "That's quite an aggressive strategy they are pursuing, because we all know that the battery-grade nickel is the one that's going to be in demand for the expected electric vehicle production and consumption."

The lower-grade nickel that can be used for stainless steel can't be used for batteries. Norilsk says it will spend $11 billion to expand their capacity in the next three years in both copper and nickel, and to improve their poor environmental record.

"The other thing that happened was, there were some forecasts given to the market by an authoritative source ... that the expected deficit in the industry this year would be 140,000 tonnes — the supply/demand deficit," Ortslan said. "However, this particular source has revised the estimate for 2019 to a deficit only of 20,000 tonnes."

"But we all know batteries for electric vehicles are going to be very important new demand source of nickel, as much as stainless steel was 50 or 60 years ago," he said.

At that time, there was speculation about where the future demand for nickel would come from, and stainless steel proved to be the answer.

Also feeding into the soft market is the fact prices slump around this time of year, as companies try reduce their stockpiles before the New Year.

"So it's going to be slow times for the next couple of months, but it's a short-term issue,” Ortslan said. “Everything has just been compounded in the last few days.

"But for the battery-grade nickel that both Vale and Glencore produce, there's no problem. I thing there's going to be a great market for it. I'd be really surprised if, once we go through this uncertainty over the next three or four months, nickel prices aren't back in the saddle again."

Expect to pay 121.9 at the pumps in Sudbury today
Feb 20, 2020 7:32 AM
Comments
We welcome your feedback and encourage you to share your thoughts on this story. We ask that you be respectful of others and their points of view, refrain from personal attacks and stay on topic. To learn about our commenting policies and how we moderate, please read our Community Guidelines.