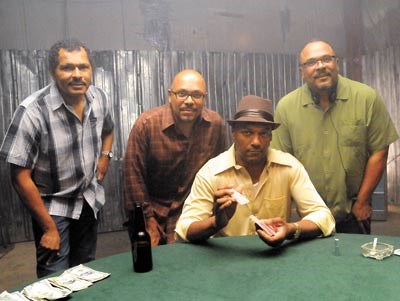 According to a press release from Greater Sudbury MPP Rick Bartolucci, the film, which is being produced by Inner City Films, will enhance northern Ontario’s reputation as film and television locale.

Inner City Films now has an office in Sudbury where they plan to produce film and TV projects.

High Chicago follows a heavy gambler through his job loss. However, the life-changing incident allows him to pursue his dream of owning a drive-in theatre in Africa.

The Adetuyi brothers, including director and producer Alfons Adetuyi, executive producer Amos Adetuyi, co-producer Tom Adetuyi and writer Robert Adetuyi are from Sudbury. Out of 65 crew members, 30 are also from Greater Sudbury.

“The Adetuyi brothers are successful film and television producers and I commend them for returning to their hometown of Sudbury to help further the growth of this burgeoning sector in Northern Ontario,” Bartolucci stated. “By investing in exciting projects such as this one, the McGunity government continues to help diversify the northern economy and build exciting career opportunities in the north.”