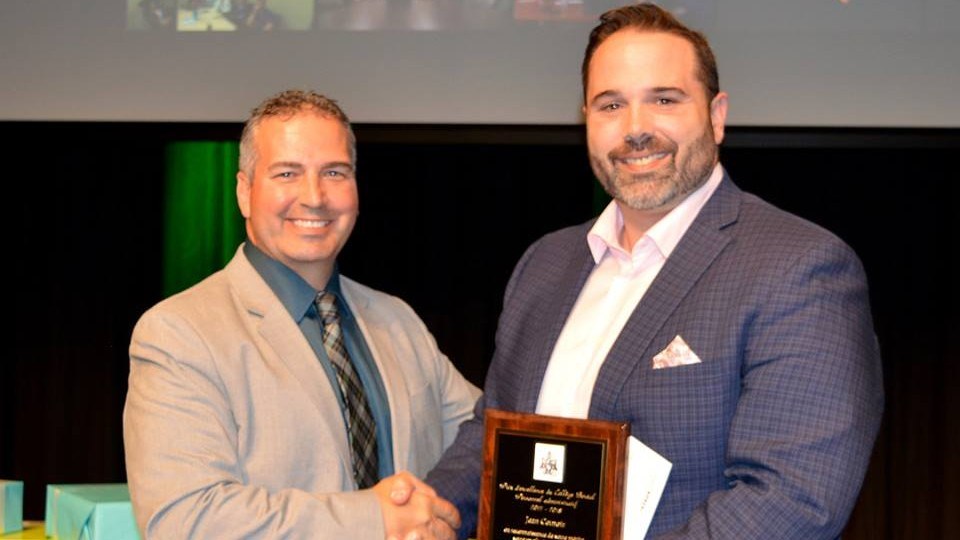 Jean Cotnoir was recently appointed dean of the School of Business and Community Services at Collège Boréal.

Holding a Bachelor of Education and a specialization in special education, Cotnoir has more than 20 years of experience in the sector.

Having taught in Pembroke, Blind River, Yellowknife and in Sudbury, he worked as a Program Consultant for the Conseil scolaire catholique du Nouvel-Ontario from 2005 to 2010.

He joined the Collège Boréal team in 2010, where he held several strategic positions, including, since 2014, that of director of marketing and liaison.

In 2018, Cotnoir received a Collège Boréal Award of Excellence for his exceptional commitment to students and to Boréal’s values of excellence, humanism, inclusion, innovation and respect.

A graduate of the Northern Leadership Program, Cotnoir will complete, in December 2020, an Executive Master of Business Administration with a specialization in Human Resources, at the University of Fredericton.

Cotnoir’s new duties will include the planning, deployment, and ongoing evaluation of the School of Business and Community Services’ programs. He will also ensure the school’s programs and services meet the high standards of students and industry at all Collège Boréal campuses.

His responsibilities will also include the planning and management of online programs offered through Boréal en ligne (Boréal’s online program offerings), the college’s literacy programs, the Testing Centre, and the Social Innovation Centre for Children and Families.

Cotnoir succeeds Diane Sénécal, who left the college in September for a position at the Collège Communautaire du Nouveau-Brunswick. He will take up his new duties Nov. 2.

“Jean Cotnoir has had long-lasting impacts everywhere his career has taken him,” said Lyne Michaud, vice-president, academic, in a press release.

“We are thrilled that his vast experience in education and his profound knowledge of the post-secondary sector will continue to be of benefit to Collège Boréal as he takes on his new role with the academic team.”

“I am thrilled to be taking on this new challenge and to have the opportunity to serve as dean,” said Cotnoir.

“I am especially looking forward to working even more closely with members of the School of Business and Community Services, to contributing to the student experience, and to supporting the training of future leaders.”