Caitlyn's transition highlights lack of support in the North

Lost in the media frenzy accompanying Caitlyn Jenner's now famous Vanity Fair cover and story is the lack of services for others who come forward to make a similar decision, says an advocate for transgender people in Greater Sudbury.
Jun 3, 2015 9:19 PM By: Darren MacDonald 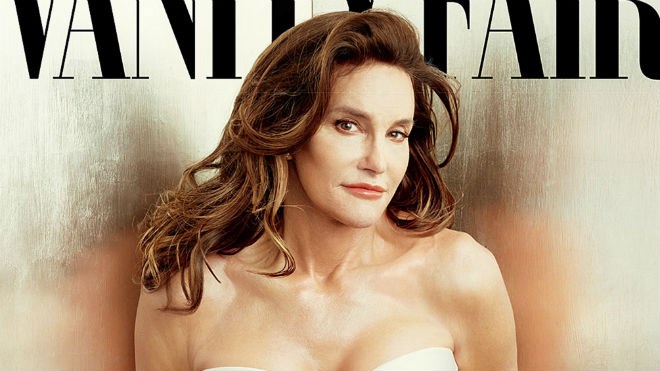 The now iconic Annie Leibowitz cover photo for Vanity Fair of Caitlyn Jenner has been all the talk of social media this week. And while her transition is inspiring for many transgender people, it also highlights the lack of support available in many communities, particuarly in Northern Ontario. Supplied photo.
Lost in the media frenzy accompanying Caitlyn Jenner's now famous Vanity Fair cover and story is the lack of services for others who come forward to make a similar decision, says an advocate for transgender people in Greater Sudbury.

Rita OLink, of TG Innerselves, says she has nothing but admiration for the courage Jenner showed in revealing her true herself, although she's worried the stress and trauma it will bring on Jenner will be difficult to handle.

"This poor, poor soul is living life in a glass box," OLink said. “It's almost like being asked to change in a storefront window … The most fundamental, core part of this person is on public display.

"Just look at some of the media backlash so far — is she beautiful enough? What was she wearing on the Vanity Fair cover? Was it too skimpy? Already the vultures have descended and are trying to feed on her living carcass."

The fact many people will be inspired by her and make a similar decision is positive, OLink said. But the fact is they are stepping out into a society not yet equipped to give them the support they need.

"That such a high-profile person did this, gives young people a reason to hope," she said.

While Jenner is the most prominent person to reveal their true gender, other high-profile people have also led the way in recent years – Chaz Bono, Lana Wachowski and Kristin Beck to name a few. That has helped boost the number of ordinary people stepping forward, OLink said.

"Just here in Sudbury, from Sept. 1 until now, we've had over 40 young persons come forward to our group, saying can you help me," she said. "This has never, ever been seen.

"The reason is, because it's out there in the media now, because it's positive, those who have been hidden for so long, who didn't dare show their face, are beginning to dare."

But after the initial elation passes, transgender persons struggle with their new reality, dealing with a host of emotions, along with a strong possibility of rejection from those they know, and from strangers.

"You need someone professional to talk to to help you define who you are, so you can see it with clarity and understand that you're not crazy,” OLink said. "Running your brain on the wrong hormone is hell. Nothing in your life is quite right. You need these changes to make yourself more right."

But even for a first appointment with a medical professional in Ontario takes 18-24 months – “ that's forever,” she says – and for gender reassignment surgery further along in the process, there's a waiting list of 680 people. And Northerners have to travel to Toronto, because help isn't available in Sudbury.

"We need care — the same kind of care any other person in Ontario gets," OLink said. "Because who is going to support these young ones? What's going to happen when they put up their hands and say, 'Me, too'?

"What we need to do here in the North is develop those resources. That's what our group is working very, very hard at right now."

But those challenges aside, OLink said having so many high-profile individuals go public is crucial.

"To finally have some positive role models, rather than the old stereotype of the trans hooker on the street corner trying to fill her belly ... That changes the conversations at the coffee shops, the conversation around the dinner table, the conversation in the public about what this means. And that is very, very good."

What members of the public often don't realize, however, is the difficulty someone who has accepted who they really are has in gaining acceptance among those who have viewed them differently for years.

Suddenly old friends disappear, family members don't want to talk to you, and strangers condemn you without having a clue about who you really are.

"The big thing to me is what the Caitlyn story is opening up,” she said. “What is it going to open up here in Sudbury? What's it going to open up here in Northern Ontario? Sudbury is bad enough, and it's the micro-Toronto of the North. So what is going to happen in a little town like Gogama or Spanish? Espanola? Blind River? Elliot Lake? What's going to happen in these smaller communities?

"I would ask anyone who reads your article, when you see one of us in the community, please, be compassionate, please be gentle and please give us a kind smile. It will make a world of difference in someone's life. You don't have to understand it all — all I ask is that when I show you who I am, please believe me.”