A month after handing layoff notices to 15 academic staff, Cambrian College is now laying off 13 of its support staff workers.
Apr 18, 2012 9:39 PM By: Heidi Ulrichsen 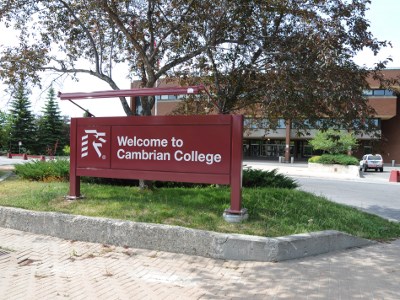 Cambrian College's administration is recommending that 11 of its programs be cut. File photo.
A month after handing layoff notices to 15 academic staff, Cambrian College is now laying off 13 of its support staff workers.

These support staff work in the college's recruiting department, which is being restructured, according to OPSEU staff representative Blair Pitfield, who represents both the academic and support staff at the college.

The college is changing the model it uses to attract students, he said. He said he doesn't have much information about the changes being made to this department, as he only heard about it this afternoon (April 18).

The academic staff members' jobs were cut after the college's board of governors voted last month to chop nine of its programs, including journalism, chef training, baking and pastry arts, restaurant management and welder-fitter.

None of these cuts will be good for students, Pitfield said.

“I think it's going to have an impact to the services delivered to the students,” he said.

“I think it's going to have an impact, potentially, to the quality of the education that's being delivered to the students. When the services are impacted like that, something has to suffer.”

At the same time, senior administrators at the college are making six-figure salaries, he said. In some cases, their salaries have increased up to 74 per cent, or by more than $90,000, over three years, Pitfield said.

Cambrian College president Sylvia Barnard was not immediately available to comment on the issue.

Check back to NorthernLife.ca for more on this story as it becomes available.