The only Northern Ontario college to make list, Cambrian sunk 10 spots in most recent ranking
Nov 16, 2016 10:00 PM By: Heidi Ulrichsen 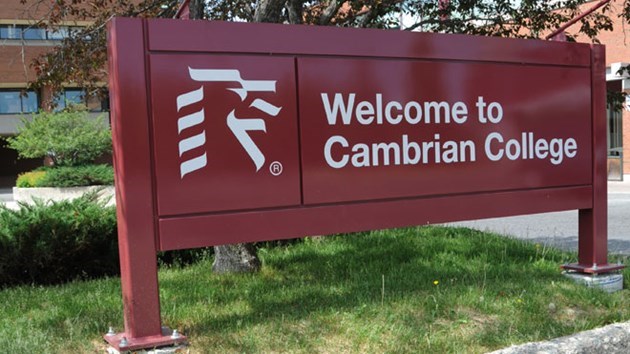 As it has for five years, Cambrian College cracked Research Infosource's list of Canada's top 50 research colleges — the only college in Northern Ontario to do so. Supplied photo.

As it has for five years, Cambrian College cracked Research Infosource's list of Canada's top 50 research colleges — the only college in Northern Ontario to do so.

“There was a change in the ranking, certainly, but I think that sort of speaks to how strong some of our other competitors are,” said Mike Commito, applied research developer with Cambrian Innovates.

“I don't think there's any concern with the change in the ranking, and I think ultimately with these there's such a strong pool of competitors across the country. Ultimately that's a win-win for everybody in terms of pushing forward innovation and applied research in Canada.”

The ranking shows Cambrian's research income dropped very slightly in 2015 compared to the year before.

According to Research Infosource, Cambrian's applied research program is doing well compared to colleges of its size in a few areas.

Among the 17 other medium-size colleges (those that bring in $50 to $100 million in total revenue) Cambrian ranks third for the number of paid student researchers, at 48, and seventh for number of research partnerships, at 39.

One of the projects Cambrian has worked on has been a collaboration with local mining supply company Rock-Tech to improve the performance of the company's rock-breaking equipment.

“We worked with Rock-Tech to develop a customizeable screen that would allow the operators to catch more rocks, thereby making the process more efficient and making it better for workers to operate,” Commito said.

“In doing that, obviously we help them develop this new technology that will then generate an estimated $5 million a year once they launch it. By extension, because of that technology, it will also allow the company to hire 10 plus full-time employees in the next few years.”

Working on these kinds of projects is also great for students, as it gives them  experience that will make them more employable, he said.

While Cambrian was the only Northern Ontario college to make the list of Canada's top 50 research colleges once again, Commito said he has no doubt that other northern colleges could be there soon.

The applied research program at Canadore College in North Bay, especially, is taking off, he said.

“They weren't on there this year, but that's not to say in the coming years as their program continues to develop, they wouldn't be nipping at our heels on this list and potentially joining Cambrian on that list,” Commito said.