Cambrian prof: more to Walmart/Visa battle than meets the eye

Brian Vendramin suspects giant retailer is positioning itself to get into the banking business
Jun 20, 2016 8:00 PM By: Darren MacDonald 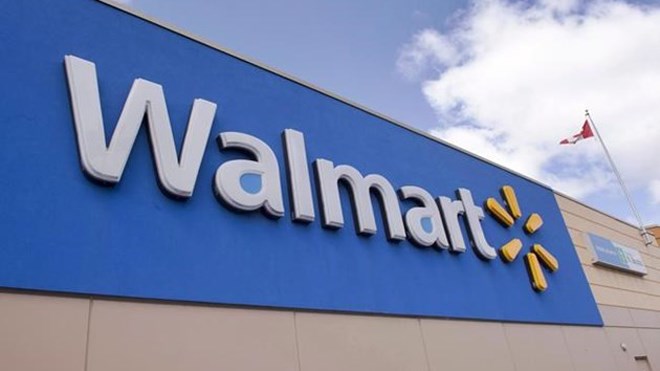 On June 11, Walmart Canada announced it would no longer accept Visas at its stores, starting July 18 in its Thunder Bay location.

“This change will then be rolled out in phases across the country,” Walmart said in its news release.

“To keep prices low, we continuously assess opportunities to lower our operating expenses. Walmart Canada pays over $100 million in fees to accept credit cards each and every year.

“Lowering costs such as these is necessary for us to be able to keep our prices low and continue saving our customers money.”

Visa fired back last week, saying it has been negotiating with Walmart for months, and offered the company a much lower fee, “one of the lowest of any merchant in Canada.”

The credit card giant also said it voluntarily lowered fees in 2014 in an agreement with the federal government.

Small business merchants have said for years the transaction fees they must pay credit card companies adds significant costs to their business and hurts their bottom line.

"If you go into a small retailer, they will ask you if you have Interac, because that's a much smaller fee to them," he said.

But Vendramin said the notion Walmart is fighting to help small business, as well as themselve, should be viewed skeptically.

"This came out (June 11) and they target Thunder Bay as where they're going to start this program," he said. "To me, it was a trial balloon, just to see what was going to happen."

It's also not clear that even if Walmart is successful, that consumers would see lower prices. The fees generally are hidden costs, added after the purchase price. That means retailers have to eat the fees, or raise all their prices to offset the costs of the added charges.

To lower prices, they squeeze suppliers by demanding lower costs for goods, using their massive purchasing power as leverage. A similar strategy could be in play here, he said.

"They can go after Visa, because this is a big hit to them,” Vendramin said.

“And if they can get Visa to lower their rate, then in fact they can continue with lowering their operating costs. The big question is would Walmart then say that they were able to reduce fees, and now we'll pass that on to the consumer."

But the move raises questions, he said, because Walmart already offers a credit card that charges fees comparable to Visa.

"When you go into Walmart, they are always asking you if you want a Walmart Mastercard,"

Vendramin said. "So I think there's a bigger story here. I think Walmart is trying to get into the banking business. They're going to try and do the same thing as President's Choice."

If Visa does give in, however, he said look for other big retailers such as Canadian Tire and Loblaws to seek similar treatment.

If Visa refuses to accept Walmart's demands, the company could have to live without one of the most popular credit cards in the world.

"Clearly Walmart crunched their numbers and believe they can move forward without Visa and not have a loss," Vendramin said.