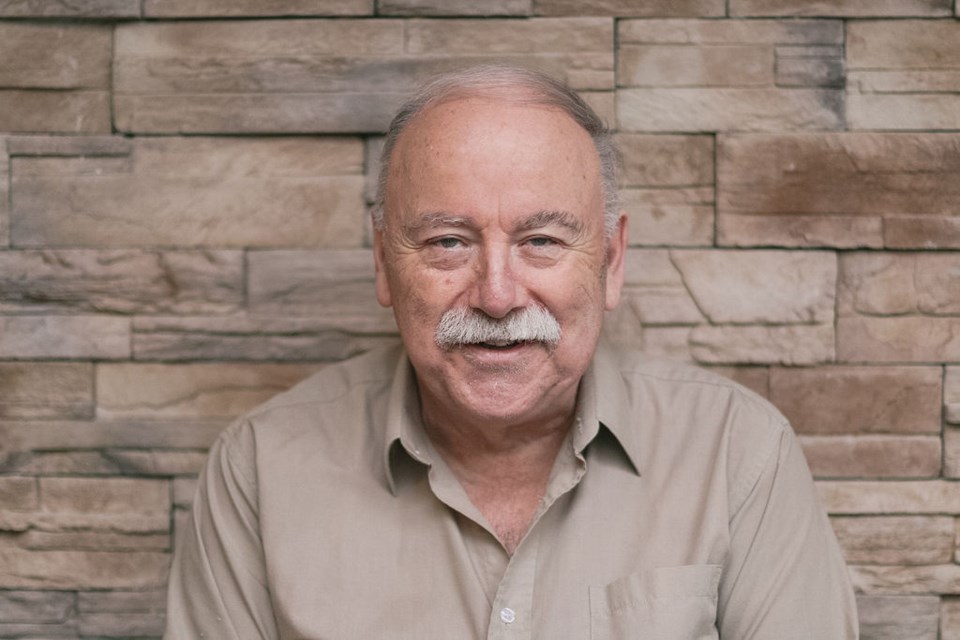 If there's one word that best describes former Sudburian Jim Norris, it would have to be stubborn.

That's because you have to be stubborn to make a niche magazine successful for more than 40 years.

Norris owns and publishes Canadian Musician magazine, which recently celebrated its 40th anniversary. In those years, Norris and his team have published countless interviews with Canada’s highest-profile artists and industry personnel, and have brought its readers career-building features and updates on the latest gear, tech and trends.

Norris was born and raised in Sudbury. He attended Lockerby Composite, where he became “very involved” in music. However, he credits his love of music to his parents. They were both very musical, he said, and they played in a big band in the '30s.

“It kind of came to me through my upbringing. I was affected by their love of music, I guess, and then got involved in the music program in high school,” he said. “It became addictive really, you know, and by the time I was in Grade 12 or 13, I was more involved in music than anything else.”

He joined a band while in high school. After graduating, he started in the music program at the University of Toronto, but was quick to realize studying “music by dead guys” wasn't really what he wanted to do.

“All they ever talked about was composers that have been dead for 200 years,” he said. “It was even sacrilegious to talk about The Beatles.”

Then his former bandmates decided they would go full time and invited Norris to rejoin them. He said he spent a lot of time “poisoning their minds” with everything that was going on in Toronto at the time, so they all quit school and moved to Toronto. They played professionally for seven years and recorded several albums.

“We did a lot of touring and had a fairly good level of success,” Norris said.

After that, Norris went through a few career changes. He was a private investigator for a while, and then he joined the police in Mississauga.

“The reason I quit the band is, in a band situation, you have to depend on musicians, and musicians by their nature are not dependable,” he said. “So I just got to the point where I didn't want to do that anymore.”

He later developed an interest in publishing and advertising and worked for a couple of magazines. They weren't connected to the music industry, he said, but it allowed him to hone his writing skills and learn the industry.

In 1979, he took his love of music and publishing and combined them to launch Canadian Musician magazine.

“It was useful having all that musical background when I started Canadian Musician magazine, because I knew the technology and I knew the business to a certain extent as it was then, and I still had a surprising number of connections that I had made while I was a musician.”

At the time, there was little available for musicians in terms of publications that showcase artists and the industry as a whole, Norris said. There were a few in the U.S., but nothing in Canada.

“There was no way to connect musicians with everybody else in the industry,” Norris said. “So that was kind of the point of it and still is, really. Canada is such a far-flung country that, to make connections with people doing the same thing is still difficult, even though the Internet and technology have made it a little bit easier.”

Hot off the press, his first edition of Canadian Musician magazine featured Burton Cummings on the cover. It received a positive reaction from the readership, but Canadian companies were cautious to invest in a new publication.

But American companies thought Canadian Musician magazine was a great idea, because it gave them a way to reach the Canadian market not previously available to them, Norris said.

“If you were to look back at our very first issue, you'd see that half the advertising was for American companies,” he said.

It took a bit longer for Canadian companies to buy into the product, but they did.

“They would say, 'well, if it was a good idea, somebody else would have done it.' I got that a lot.”

It took about three issues of Canadian Musician magazine for the idea to sink in for Canadian advertisers, he said.

“After three issues, it's no longer a coincidence,” he said. “The first time is kind of a fluke. The second time is a coincidence, and the third time, it's starting to form a pattern.”

Thinking back, Norris said he takes great pride knowing he's helped some significant Canadian musicians get to where they are.

“We've had people like (Canadian singer-songwriter) Sarah McLachlan in there when she was totally unknown, as well as I Mother Earth and Our Lady Peace, and it kind of goes on and on,” he said. “In some cases, being in this magazine has caused them to be discovered by a recording company. We're pretty happy about that.”

Canadian Musician employes seven people currently, but at one point, there were 15 people on the payroll. With technology, Norris said Canadian Musicians does way more now with its seven-member staff than ever before.

Contributing writers are based all over Canada, as well as in the U.S. For example, the magazine is based in Niagara Falls, but its editor in chief, Andrew King, lives in Summerside, P.E.I.

Forty years is a significant milestone for any business. Norris said it's his stubborn nature and persistence that made it a reality.

“Never say die,” he said. “I've taught marketing, and that's one of the main things I get across to students. You have to be focused on what you want to do, and you just have to be completely devoted to it.”

Laurentian to offer majority of classes remotely this fall
May 28, 2020 6:09 PM
Comments
We welcome your feedback and encourage you to share your thoughts. We ask that you be respectful of others and their points of view, refrain from personal attacks and stay on topic. To learn about our commenting policies and how we moderate, please read our Community Guidelines.