91-year-old Carlos Guedes gives back to hospice that looked after several of his friends
Oct 14, 2020 5:41 PM By: Sudbury.com Staff 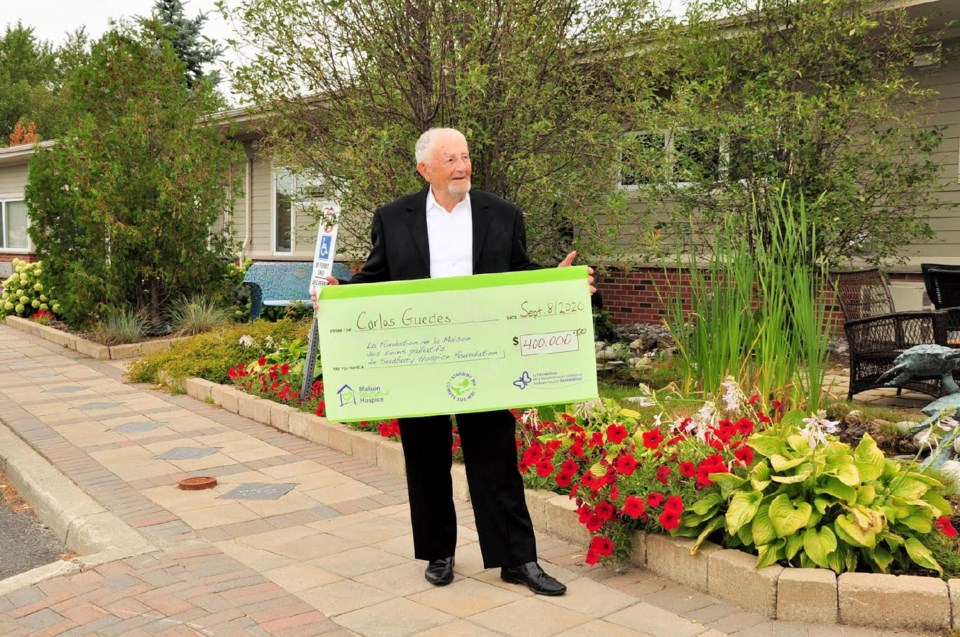 Carlos Guedes, a previously self-employed and currently retired senior, made a legacy donation of $400,000 to Maison McCulloch Hospice last month.

Guedes immigrated to Canada from Portugal during the mid-1950’s with only eight dollars in his pocket. He then migrated to Sudbury where he worked as a mechanic for Gardner Motors, then as an Apprentice Mechanic for Mazzuca Motors.

He eventually purchased a home in Capreol and built his own successful automotive body shop in Capreol.

Now, at 91 years young, Carlos is healthy but knows his days are limited. Initially, he was unsure how to best use his savings, having had several friends and acquaintances spend their final days at the Hospice, he was very impressed with the employee’s consideration and compassion for the residents.

He also thought maybe one day he too could spend is remaining days at the Hospice.

On Sept. 8, Carlos and a few close friends participated in a ceremony presenting the Hospice with a cheque of $400,000.

“On behalf of the Board of Directors, The Foundation Board, staff, volunteers, residents and clients in our community I want to thank Carlos," said David Farrow, Chair of the Maison McCulloch Hospice board of directors.

"His generosity will go a long way to help fund operational dollars as we have to raise $69,000 every month to keep the Hospice doors open. Despite government funding, the generosity of our community and memorial donations, the Hospice has often found itself short of money, particularly since the pandemic.”