Issue at École publique Jean-Éthier-Blais caused by blockage in air exchanger; issue has been repaired
0
Sep 9, 2019 10:06 AM By: Heidi Ulrichsen 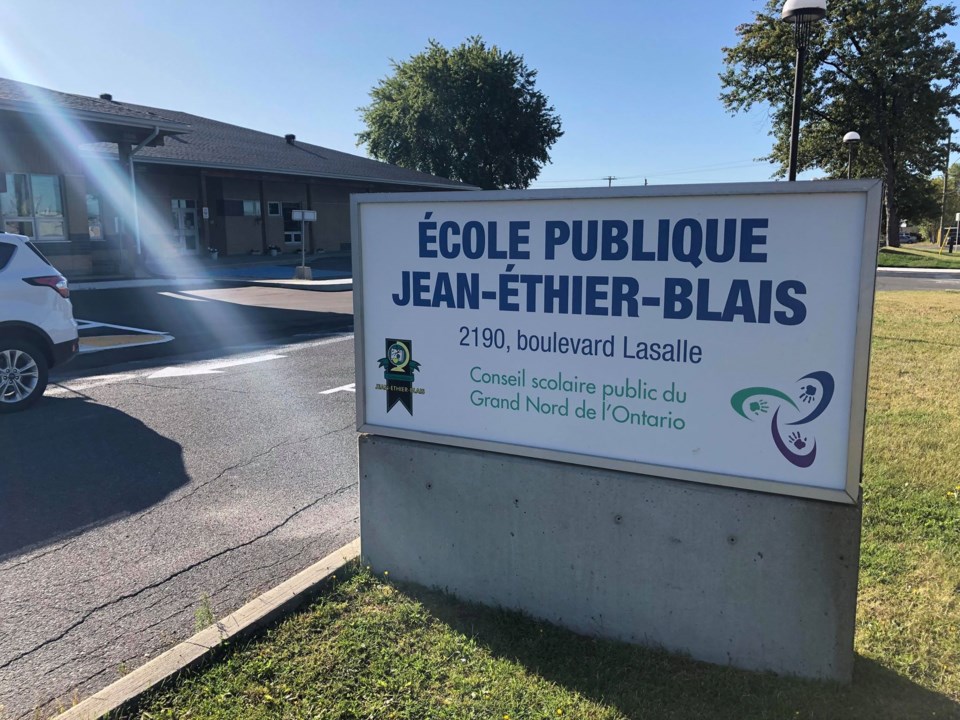 The carbon monoxide leak that caused the school's evacuation shortly after 7 a.m. Monday was caused by a blockage in part of the air exchanger, she said.

"Union Gas and Airco were there and they fixed everything," Dubé said. "Everything is set to go."

No illnesses or side-effects were reported after a carbon monoxide leak was detected early this morning at École publique Jean-Éthier-Blais, according to the school's principal.

Some staff members and some kids attending before-school daycare were evacuated from the building, said Jeannette Bergeron, principal of the 341-student JK to Grade 6 New Sudbury-area school.

When contacted by Sudbury.com, Greater Sudbury Fire Services Platoon Chief Andre Groulx didn't have much information about the situation at the school.

However, he did say firefighters were called out to the school at 7:06 a.m. Monday. When Sudbury.com phoned Groulx shortly after 9 a.m., he said the call had just been “cleared,” meaning they'd left the school.

A press release from the French public school board, Conseil scolaire public du Grand Nord de l’Ontario, said parents of kids who attend the school were asked to instead bring their kids to St-Dominique Parish this morning.

Bergeron said shortly after 9 a.m. staff were waiting on the go-ahead to be able to get back into the school.

“We still have to wait for the gas and our heating technicians to go over the rest of the equipment,” she said, adding she “can't say at the moment” exactly what went wrong.

“I don't have all the details,” she added. Bergeron said she hoped to be back in the school sometime this morning.

She said the school's vice-principal and other staff members are at currently St-Dominique church.

“We have a minimal amount of students at the moment,” Bergeron said, adding some parents opted to keep their kids home until the school reopens.

“We have staff there. They're going to be playing some kind of games, and they can read off of their phones. They have activities they can do that don't necessarily require pens and papers and whatnot.”

Extreme Cold Weather Alert issued for Saturday
Jan 18, 2020 2:00 PM
Comments
We welcome your feedback and encourage you to share your thoughts on this story. We ask that you be respectful of others and their points of view, refrain from personal attacks and stay on topic. To learn about our commenting policies and how we moderate, please read our Community Guidelines.