The Sudbury Catholic District School Board is planning an accommodation review of its schools in the Valley East and Chelmsford areas.
0
Mar 22, 2016 12:52 PM By: Heidi Ulrichsen 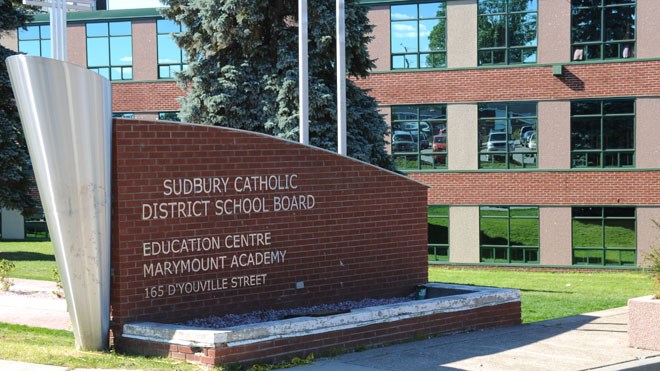 Joanne Bénard has been named the new director of the Sudbury Catholic District School Board. File photo.

The Sudbury Catholic District School Board is planning an accommodation review of its schools in the Valley East and Chelmsford areas.

Trustees with the board approved a staff report on the board's long-term accommodation plan last month, which made the recommendation to conduct the review during the 2016-2017 school year.

Accommodation reviews involve an often-controversial process where school boards seek public input on reducing surplus space in schools. They sometimes result in school closures and the building of new schools.

That's certainly been the case for Sudbury Catholic in other areas of the city over the past decade.

Because of changes to the accommodation review process made by the province last year, the review won't start until the new school year, said the board's chair, Michael Bellmore.

Staff will come back to trustees with more recommendations on a timeline for the accommodation review at a future meeting, he said.

“Staff has identified this as an area that is due for an ARC (accommodation review committee),” he said.

“We haven't had an ARC in that area for awhile. We have some underutilization and some aging schools out there, and we want to ensure that we're maximizing the full potential of our schools.”

The utilization rate of the above-mentioned schools range from 56 per cent at Bishop Alexander to 94 per cent at St. Charles elementary.

Enrolment levels in this planning areas are projected to increase slightly over the next 10 years, the board report said.

But this is not enough to make a significant impact on the utilization of Bishop Alexander, which is expected to remain fairly low.

The report said the board should also assess what the future impact may be of having all the schools in excess of 50 years old, and the cost of repairs that will need to be done over the next 10 years.

“This is an ongoing process that every board engages in on a regular basis,” Bellmore said.