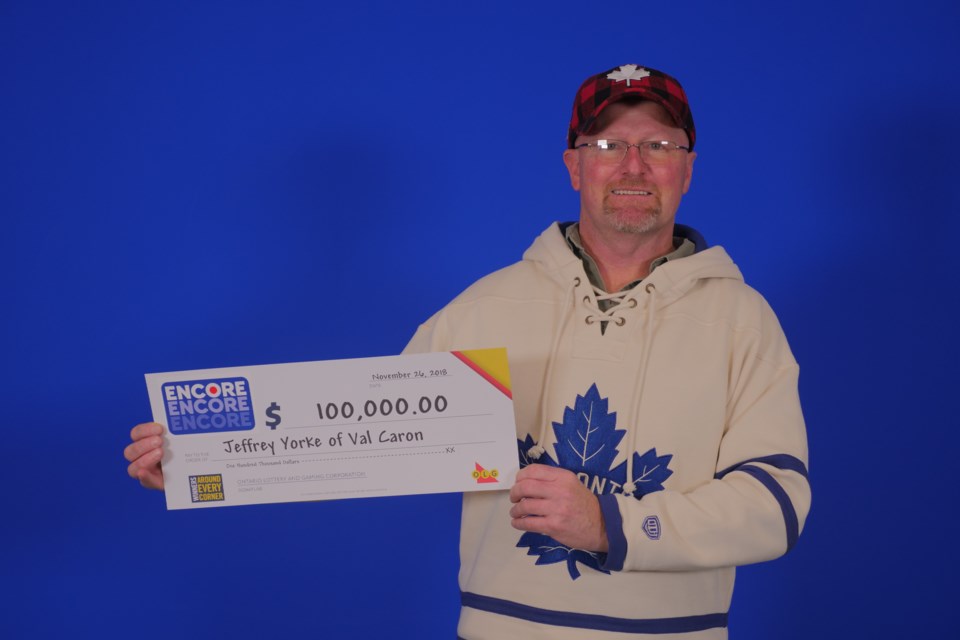 Jeffrey Yorke of Val Caron got an early Christmas present in the form of $100,000 after winning the lottery.

He played the encore in the Nov. 16 Lotto Max draw.

"I enjoy playing Lotto Lax and Lotto 6/49," said Yorke, a 57-year old electrician, while at the OLG Prize Centre in Toronto to pick up his winnings.

Yorke checked his ticket on the OLG Lottery App and discovered his windfall.

“I didn’t believe it at first,” he said.

The married father of two plans on putting his winnings in the bank for retirement.

The winning ticket was purchased at Kwik Way on Highway 69 in Val Caron.