City added to lawsuit that dates back to 2007 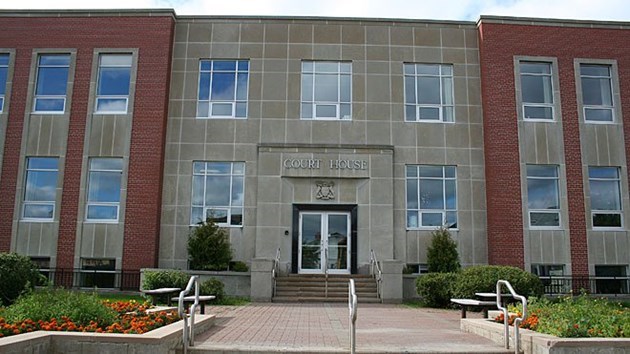 Greater Sudbury has been added as a defendant in a lawsuit that dates back to 2007, when a baby received traumatic brain injuries in a car accident. File photo.

Greater Sudbury has been added as a defendant in a lawsuit that dates back to 2007, when a baby received traumatic brain injuries in a car accident.

The child was just 17 days old at the time of the incident. The original claim was settled in 2011, but in 2015, the city was among those added to a new lawsuit seeking a larger award.

The suit says the lawyer representing the family has forensic engineering report on the design of the intersection where the accident took place, the alignment of the curve in the road, the placement of traffic signs and road markings.

In June, a Sudbury judge ruled in favour of the motion, adding the city to the list of defendants.

Municipalities are facing more of these types of claims because of Ontario's “joint and several liability” rules that often force municipalities to pay the bulk of multi-million dollar damage awards in lawsuits.

Under the “one per cent rule,” even when cities are found to have played an extremely minor role in an accident, judges can order them to pay most of a damage claim if the other defendants don't have the resources.
In its arguments in this case, the city said it was unfair to add it to a lawsuit when so many years had passed.

“The city cites fading memories of its staff, lost complaints and destroyed maintenance records,” the court transcript says. “The city (also) asserts that the two-year limitation period began to run in April 2008 and has long expired.

“In support of this argument, the city cites the agreement signed by the mother with the original law firm which included the statement: 'The contingency fee agreement is for both mother and son from the same accident.' The city also relies on the fact that the mother applied for accident benefits for (the child) in 2011 and signed as 'guardian' on this application.”

But the judge ruled that the basis for the claim relies on design and structural arguments, which don't rely on staff memories.

As for the statute of limitations, the judge wrote that in other cases, the limits have been interpreted more broadly when the defendant is in a position to defend their case, and when the rights of minors are involved.

When someone under 18 is the claimant in a lawsuit, the statute of limitations doesn't begin until a litigation guardian is appointed, which didn't take place in this case until 2015.

Under the Municipal Act, the city is supposed to receive notice it is being included in a lawsuit related to the state of a roadway within 10 days. However, suits can still be launched if there's a “reasonable excuse” explaining why the action wasn't brought sooner.

“I agree with the proposition that being an infant at the time of the accident is a reasonable excuse and in the circumstances, it would not be fair and reasonable to hold an infant to the 10-day notice requirement,” the judge wrote.

“That 'reasonable excuse' includes, among other things, the absolute need to give primacy to the protection of minors in respect of their rights to bring actions for damages arising from injuries occurring when they cannot assert their own rights. This policy goal of protection of minors’ rights is consistently and vigorously enforced and includes the requirement that the court approve all settlements with respect to minors.”

The judge also ruled that the lawyer for the family can increase the amount of the damages award they are seeking in the case.

Sudbury’s unemployment rate edges upwards to 9.4%
Jul 10, 2020 5:00 PM
Comments
We welcome your feedback and encourage you to share your thoughts. We ask that you be respectful of others and their points of view, refrain from personal attacks and stay on topic. To learn about our commenting policies and how we moderate, please read our Community Guidelines.