Facility was facing closure after MPAC ruled it had to pay property taxes
Jun 5, 2019 12:00 PM By: Darren MacDonald 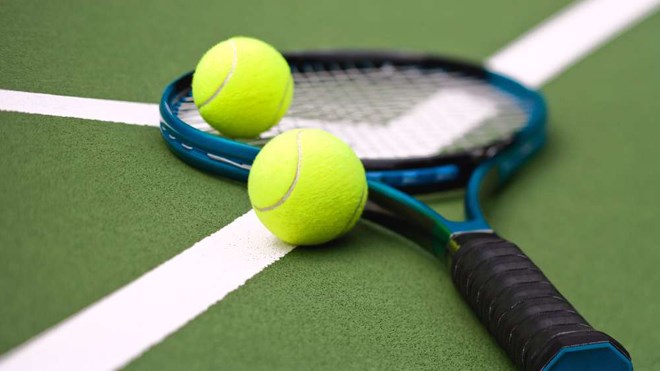 While some councillors were wary, a motion to declare the Sudbury Indoor Tennis Centre a city facility – and therefore exempt from property taxes – passed easily Tuesday during a meeting of the finance committee.

The group's troubles began when the Municipal Property Assessment Corporation (MPAC) reassessed the centre, which is located on city land at Queens Athletic Field in the city's West End.

The group has leased the property since 1992 (with terms updated in 2012) under an agreement with the city that said if property taxes were ever assessed, the group would be responsible for paying them.

The group appealed to the city for tax-free status, saying they face a $150,000 expense to replace the system that keeps the tennis bubble inflated, and that membership revenues are not nearly enough to cover all the costs.

A staff report recommended against making the centre a municipal facility, over concerns taxpayers would have to fund the taxes, and it could lead to more requests from other groups for tax relief.

But Ward 1 Coun. Mark Signoretti argued that the dome is on city land and has operated for decades at little cost to the city.

“They hadn't received any taxation since they've been around,” Signoretti said, and the MPAC decision “caught them off guard.”

“It is open to the public,” he said. “The actual usage of it isn't just for members.”

Signoretti argued the centre should receive the same treatment as the Northern Water Sports Centre, which successfully lobbied for tax free status after being hit with a tax bill.

But the mention of the water sports centre raised the ire of Ward 12 Coun. Joscelyne Landry-Altmann.

Landry-Altmann said when the centre was looking for $500,000 from the city for construction, they promised to pay property taxes. But when they got the bill, they came to city council and said they couldn't pay it.

And when council agreed to make them tax exempt, the centre promised to offer public programming for lower income groups free of charge, and that also hasn't happened.

“That was very disappointing,” she said. “Promises were made, but they weren't kept.”

To support a similar deal for the tennis centre, she wanted a promise to offer tennis programs for lower income residents.

“We have a vulnerable population in Sudbury that will never have access otherwise,” she said.

That clause was added to the motion, but Ward 4 Coun. Geoff McCausland was still opposed. According to the report they received, the group would either have to raise fees by $5-$6 or recruit 50-60 members to be able to pay the tax bill.

McCausland said that sounded doable. And otherwise, he said the centre had real no incentive to increase membership.

“There's lots of things that could be looked at,” he said, to find the money to pay the tax bill.

But Mayor Brian Bigger said the group has been offering the service to residents for decades by volunteers at a much lower cost than if it was the city running the centre.

It would “completely unacceptable” to let club close, Bigger said, because they were delivering an important service for minimum cost.

“This is a relationship that is very beneficial to our city,” he said. “The intention was always not to have this facility paying taxes.

“I think we're very happy to move forward with the arrangements we have had.”

And Ward 5 Coun. Bob Kirwan said if tax relief for the tennis centre led to similar requests from other groups, so be it.

“If they can make the case too, then why not?” Kirwan said.

And Ward 9 Coun. Deb McIntosh said a lot of organizations are being affected by MPAC decisions.

“MPAC appears to be going after everything that isn't being nailed down,” McIntosh said, adding that at least this has generated a lot of free publicity for the group, which should help in recruiting new members.

While the motion passed easily, Landry-Altmann said she would hold them to their commitment to offer public programs.

“At the end of one year, I would like to see what you have done,” she said.