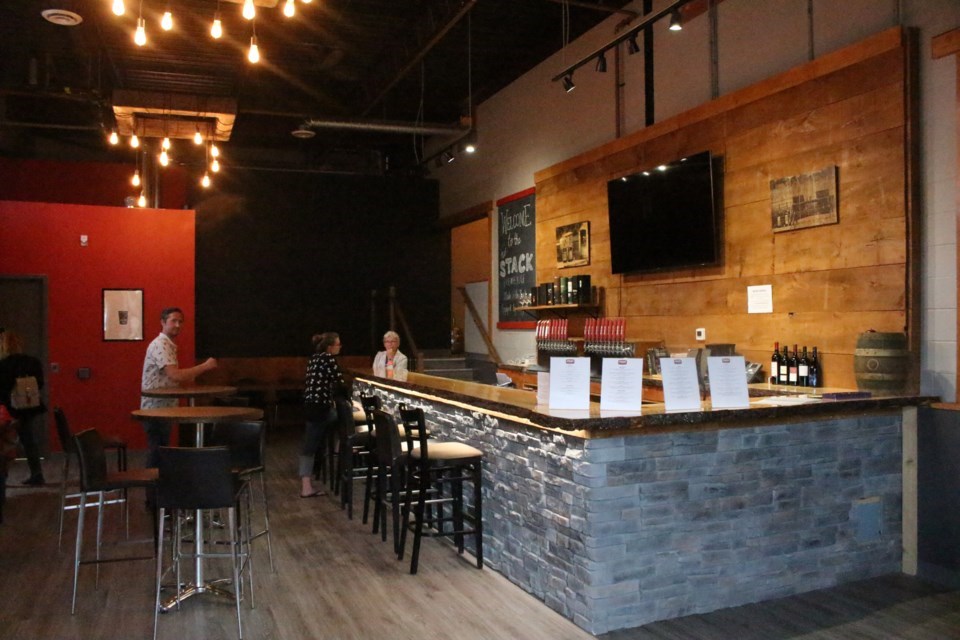 Home to a pair of brewpubs, Stack Brewhouse and Spacecraft, Greater Sudbury's brewpub industry is still in its infant stages, but that may be in part due to some antiquated zoning bylaws that require amendments in order to allow the growing industry to flourish.

These businesses combine traditional industrial functions like brewing and distilling with service-related functions such as restaurants and retain.

Ward 4 coun. Geoff McCausland spearheaded the initiative that set the wheels in motion for Sudbury to make it easier for anyone looking to open a brewpub in the city. The councillor has his own experience in the beer world, and ran into some speed bumps when he tried to open a brewery of his own nearly a decade ago.

"I tried to open a brewery about eight or nine years ago and I got to the planning stages and the city told me that it needed to be in industrial zoning and I said that was ridiculous," said McCausland.

Stack Brewing's brewpub on Falconbridge Road is already located on industrial land so they had no hiccups when it came to setting up shop, but Spacecraft on Notre Dame had to go through some rezoning in their quest to establish a brewpub closer to the city's core.

"Spacecraft actually got an M1-1 zoned piece of property which is light industrial and they were not eligible to be a brewery because it was the wrong kind of industrial so they actually had to rezone," said McCausland.

"That's what came forward last summer and that's when I put forward the motion to say, enough, let's fix this. (Spacecraft) rezoned last summer in order to operate a brewery on that land, but the challenge is they can brew beer there and sell it there, but if they want to sell their kegs to any other restaurants or bars then they need to be operating as a food processing plant under the old zoning bylaw, which meant that they had to be located on industrial land."

The old zoning bylaw made more sense for the now defunct Northern Breweries, who were producing hundreds of thousands of litres of beer, but for smaller operations like Spacecraft and Stack Brewhouse, the bylaw was a hindrance.

"Microbreweries don't have that kind of impact and shouldn't be treated as such," said McCausland. "This is about improving our zoning for the future, it's about making sure that when someone wants to invest and they have a plan, say they want to do a downtown Sudbury brewpub, now they can where before they wouldn't have been able to. This is going to create the potential for craft brew in Sudbury to expand."

Additionally, the bylaw will specify that small and large-scale brewing facilities and distilleries may be accompanied by a private hospitality area, a retail sales area, special events and tours and an office for administrative purposes.

Small-scale brewing facilities and brewpubs will be permitted in the C2 to C7 commercial zones, M1-1, M1, M2 and M3 industrial zones, the agricultural zone and the rural zone.

The resolution associated with the zoning bylaw amendments was passed by the planning committee on June 8, recommending that council pass the bylaw at a regular meeting of council.

"I do know and I'm sure you've observed the increased interest in these businesses and the entrepreneurs behind them that are getting into the business, we have seen that grow," said Fern Cormier, chair of the planning committee.

"These changes were driven based on feedback from the current operators based on the current processes that we have in place that they though could have been streamlined, reviewed, amended and that was the direction given to staff last year, to look at best practices and how we can modernize this aspect of the zoning bylaw."