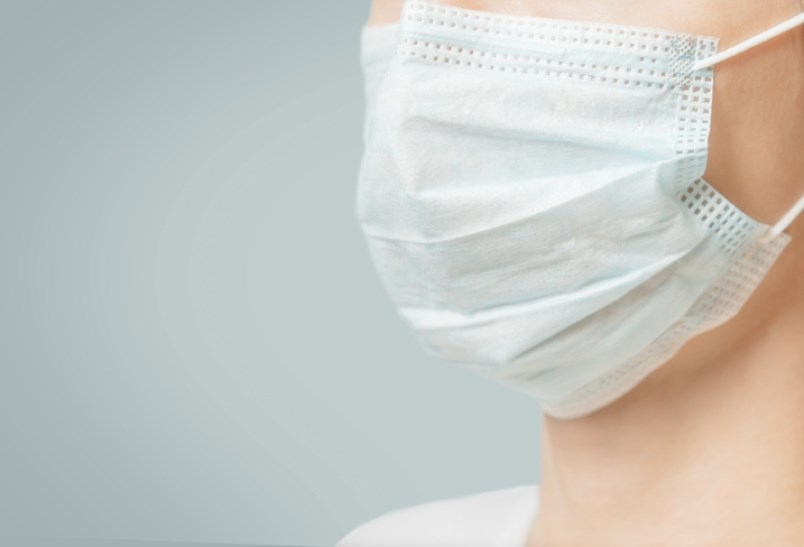 Greater Sudbury’s community control group, which has overseen the city’s response to the COVID-19 pandemic, is not recommending instituting a mandatory face-covering policy at the moment, but it is a question that has been debated, city council was told this week.

Greater Sudbury city council received their sixth COVID-19 update on July 7, with a brief update on the city's response to the pandemic while outlining future steps.

Sudbury has moved into Stage 2 of economic reopening and many of the city's businesses are back up and running at near-normal levels. Tom Davies Square is slated to reopen on July 13, with public access limited to the main floor, and the city is encouraging residents to use online services and to book appointments ahead of time using 311.

As of Wednesday, at the direction of Public Health Sudbury and Districts, residents were asked to wear a face covering if they want to enter a local business or use public transit.

In the case of a person who doesn't want to wear a face mask without a valid reason, business owners still have the right to let that person into their business or to turn away that person, and Sudbury's top doc, Dr. Penny Sutcliffe believes it is best to turn them away.

Commercial businesses in Sudbury have been asked by PHSD to step up their face-covering policies, instructing employees to don face masks and to have policies in place to stop people from entering their establishments should they choose not to wear face covering.

The nature of the direction from the health unit has raised some confusion — which some commenters on Sudbury.com have said are unclear — though it appears a good number of Sudburians got the message and are adhering to the new guidelines.

On the night before the new regulations were put into place, there were some questions around the digital council table, with several councillors echoing the sentiments of some website commenters, wondering if the face-covering rules as they stand have any teeth at all.

"The biggest question has been the lack of the use (of) 'mandatory'... the fact that businesses have to prohibit people from coming in, but they don't have to stop them, but they have to show that they tried because it's mandatory for the businesses to do this, is causing a little bit of confusion," said Ward 5 Coun. Robert Kirwan.

"Could I ask why our city has not looked at the possibility of passing a bylaw as some of the other cities have passed?"

Mayor Brian Bigger responded that the city has "absolutely looked at passing a bylaw".

City solicitor and clerk Eric Labelle explained that a number of options have been looked at, with a bylaw as one potential option.

"We have had some discussion regarding the potential for bylaws. There are a few options here, a bylaw is certainly one of them, and that's been considered and enacted in some municipalities, particularly in southern Ontario," said Labelle.

"The other option is for public health to issue an order pursuant to section 22 of the Health Protection Act, so there are a few options and certainly the medical officer of health has quite extensive powers under her legislation and she's able to issue an order. My understanding (is) that the mayor and members of the community control group may be able to speak to the discussions that have been had to date regarding the need for a bylaw at this juncture. Certainly it's being considered."

Labelle went on to say that the discussions are being had in the city's municipal law department.

"I think to sum it up, it is being looked at, and I'm certainly expecting to report back to the community control group with respect to any outcomes that I hear from that group, so that we can further those discussions with Dr. Sutcliffe and the mayor,” Labelle said, adding the information he gathered could then be used “so that a decision can be made if a more extreme step is required down the road."

Bigger said a mandatory mask bylaw has not been recommended by the community control group at this time.

"I have a lot of confidence in the people of Greater Sudbury, and they have followed the directions of the medical officer of health in the past, and I believe there's a strong will to do that," said Bigger.

"The key that everybody needs to understand here is that the opportunity for us to, on our own, wear a mask to protect ourselves, our families and other people in our community will increase the amount of confidence that people have entering into business establishments.”

This confidence in visiting retail establishments, Bigger continued, will help more people feel comfortable going out in public and this in turn will help the city’s economy rebound by getting more people spending.

The mayor said 60- to 70-per-cent compliance with the direction from Sutcliffe would be a success in his eyes, understanding that there will be people who will have appropriate reasons for not being able to wear a mask.

"However, we need the majority of people wearing a mask, sanitizing and using proper hygiene and all of the rules that people have become familiar with," said Bigger.

While Kirwan was the councillor to raise the question of a mask bylaw, he backed the mayor in his confidence in Sudburians adhering to public health advice.

"I believe that we're going to end up with more like a 95- to 97-per-cent compliance rate, including the people who qualify for the exemptions," said Kirwan.