Reintroduction of some leisure services could help recoup some lost user fees
Jul 7, 2020 10:52 AM By: Matt Durnan 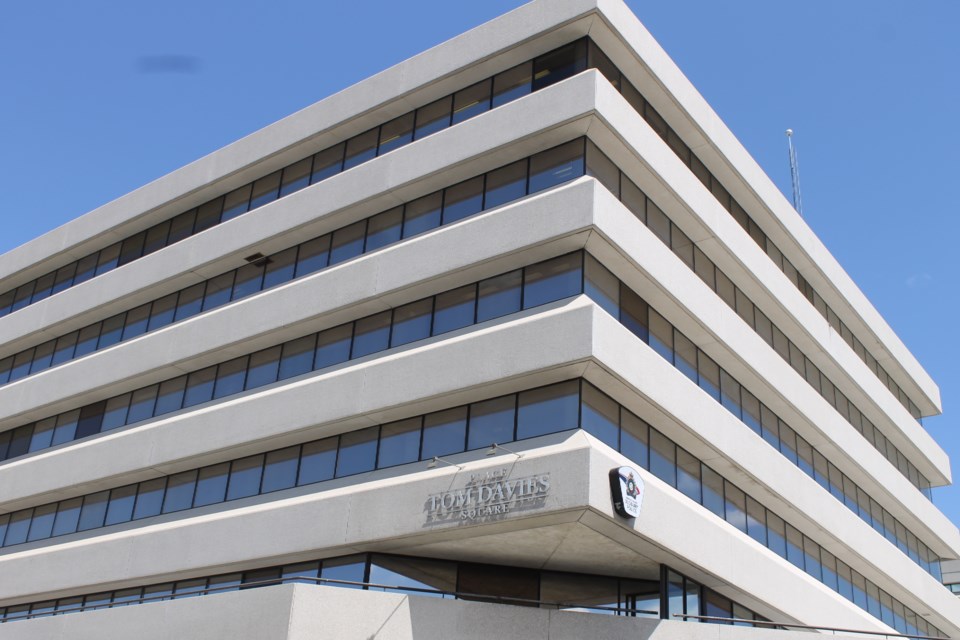 The potential net impact of lost revenues and costs related to operations during the COVID-19 pandemic could potentially eclipse the $10 million mark by the end of the year, a report headed to city council states. (File)

The potential net impact of lost revenues and costs related to operations during the COVID-19 pandemic could potentially eclipse the $10 million mark by the end of the year.

A report on the financial implications associated with the city's response to COVID-19 will be coming to the finance and administration committee on July 7, providing the most current details of the impact that the pandemic has had on the city in terms of dollars and cents.

Greater Sudbury mayor Brian Bigger issued a statement on June 6, speaking of the financial crunch that the city has been facing.

"I have been working with Ontario's Big City Mayors since the beginning of this pandemic to advocate for our community. What's clear is that Greater Sudbury is just one of many cities across Ontario that are feeling a lot of financial pain from COVID-19,” said Bigger.

Mayor’s of Ontario’s larger cities are calling on the province to provide more COVID-19 relief funding to prevent municipalities from having to raise taxes to cover pandemic costs.

While the provincial state of emergency has been extended until July 15, the city has been able to make a number of operational changes in order to reduce the potential deficit.

Landfills were reopened on May 15, which will help the city mitigate lost tipping fee revenue. The city has also increased its salary gapping target from $1 million to $2.5 million and these savings will be realized at the end of 2020.

Summer programs such as life guarding and service level changes in parks and leisure services resulted in the cancellation of summer student hiring.

GOVA transit fares were reintroduced as of June 15 and service levels were reduced in order to offset lost revenues. Collection of bus fares was discontinued from March 20 with the introduction of rear door passenger entrance in order to provide proper protection for transit drivers.

Reduced ridership coupled with no fare box revenue resulting in a monthly impact averaging $615,000. The estimated impact to the end of July is an estimated revenue loss of $2.3 million compared to planned levels.

Leisure services has been the hardest hit in terms of lost revenues for the city, with staff projecting $2.7 million in total losses by the end of July. Lost revenues are projected to hit their highest monthly total in July, with an estimated $730,699 in losses this month alone.

This reflects lost revenue relating to the closure of facilities such as pools, arenas, ski hills, and community halls as well as the potential cancellation of summer programming. With the winter season now closed, lost arena rental revenue are one-time revenue losses that will not recur unless the current crisis extends into the fall.

Since the city's last financial impact of COVID-19 report, the city has decided to reopen municipal campgrounds for the remainder of the 2020 season, as well as open designated play fields at Jerome Sports Complex (soccer) and Terry Fox Sports Complex for training and instructional sessions.

The incremental impact to the city may be as high as $10.1 million if this situation continues to December. The previous report projected a potential year-end deficit of $14 million. Projections included in the latest report assume that Leisure Services will reopen and begin to recoup user fee revenues in September based on the current status of the pandemic.

While the final impact will depend on senior government regulations, recommendations by Public Health officials, operating decisions and local community health conditions, staff will continue to attempt to mitigate the impact.

The health impacts of COVID-19 have not been as severe in Sudbury as other parts of the province, but the Nickel City has not been immune to the economic impacts. As the province's economy moves through the stages of reopening, city staff have been reaching out to local businesses, contacting 54 of them.

Some of the biggest challenges being faced by businesses as they reopen include financing, access to PPE, lack of clarity of rules/regulations and recalling their workforces.

Full report on the financial impacts of COVID-19 on Greater Sudbury can be found here (https://agendasonline.greatersudbury.ca/index.cfm?pg=feed&action=file&attachment=30681.pdf).