Half of money will be used to promote tourism, the rest will help pay for new arena/events centre
Feb 7, 2018 9:10 AM By: Darren MacDonald 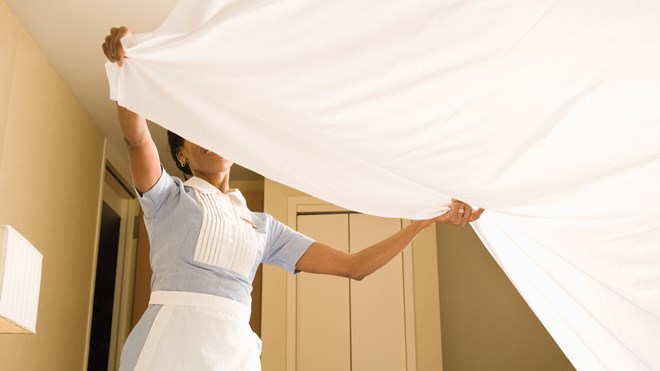 Meeting Tuesday, members of the finance committee approved in principal a four per cent hotel room tax, a levy that should come into effect in July.

Staying a hotel in Greater Sudbury just became a little more expensive. Meeting on Tuesday, members of the finance committee approved in principal a four-per-cent hotel room tax, a levy that should come into effect in July.

Ed Stankiewicz, the city's finance director, said legislation passed by the province last spring gave cities the power to impose the hotel tax, but half of the revenue has to be spent supporting the tourism industry.

In Sudbury's case, the tax is expected to bring in about $1.6 million a year, based on an estimate of 2,000 hotel rooms in the city.

"That's a conservative estimate,” Stankiewicz said. “We think it will be more."

That's because the room count only included chain hotels, but independent operators will have to pay the tax, too.

Sudbury is the third city to impose the levy, Stankiewicz said.

"Toronto just approved it last Wednesday, a four-per-cent tax," he said. “*Ottawa approved it in the fall.”

The money earmarked for tourism will be handled by the Greater Sudbury Community Development Corp. It could be used to support local festivals, sporting tournaments, advertising or even bidding to host major sporting events.

"The rest will be used for the debt repayment for the arena/events centre," Stankiewicz said.

The total mortgage for the $100-million centre is $5.2 million a year for 30 years. In addition to the hotel tax, the city will use the $1 million it had been paying to support the Northern Ontario School of Architecture that was coming off the books anyway.

*An earlier version of this story incorrectly identified Niagara Falls as the community that had imposed a hotel room tax.