Designation will increase protection against changes or demolition of building that has stood for more than 100 years
May 25, 2020 6:00 PM By: Matt Durnan 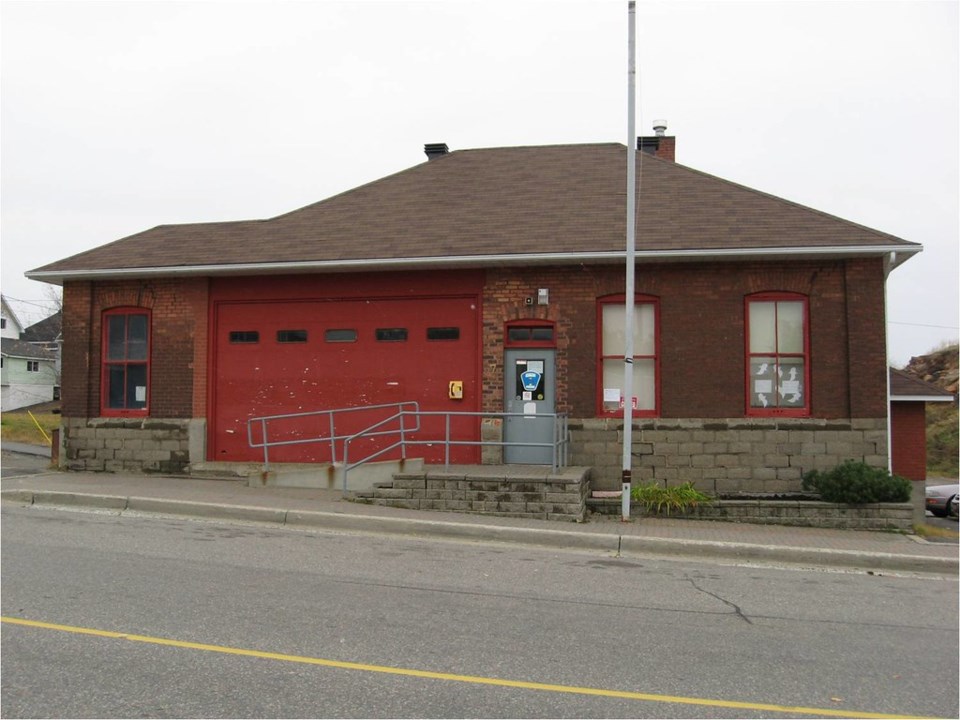 The city of Greater Sudbury has started the process to designate the former Copper Cliff Fire Hall on Serpentine Street as building of cultural heritage value.

The city of Greater Sudbury has started the process to designate the former Copper Cliff Fire Hall on Serpentine Street as building of cultural heritage value.

Constructed in 1909, the fire hall was added to the city's heritage register in 2014, and now Ward 2 Coun. Michael Vagnini has started the process to have the building designated under the province's Heritage Act.

Vagnini brought forward a members' motion a May 19 city council meeting that directs staff to initiate the process of designating the fire hall under Part IV of the Ontario Heritage Act, as there has been some recent interest from outside groups in purchasing the building.

"What I'm looking for is we don't have somebody come in and bulldoze down the building," said Vagnini. "Whatever we have to do to have it declared that if you are going to buy the building, yes we are going to put it on the market, but we want to maintain the heritage of the building."

Under the city's heritage register where the building was listed as being important to the community in 2014, there is a measure of interim protection in that the owners of the building must give the municipality 60 days notice prior to demolition, which allows the municipality to decide whether to begin the designation process to give long-term protection to the property.

Ward 9 Coun. Deb McIntosh raised the question of what are the differences between being listed on the city's register and being designated under the Ontario Heritage Act.

General manager of growth and infrastructure Tony Cecutti explained that there are different levels of protection for buildings that are designated under the Heritage Act than simply being listed as building of interest by the city.

"Generally speaking, buildings could become of interest in our community but aren't designated as such under the Heritage Act. Once they become designated under the act there are certain protections that any existing or future owner would have to respect," said Cecutti.

"If they're just of interest to the community they don't have the same protections that the Act would apply."

Councillor McIntosh made reference to the downtown CP rail station, which the city leases and is federally designated as a heritage site.

"I'm wondering does it limit the ability to sell the (fire hall) building?" said McIntosh. "I would hate to own this particular building and have it fall into disrepair because it's not being used or it's not been sold because nobody will buy it because of the restrictions put on it, but I do understand the restrictions so that somebody doesn't bulldoze it."

Vagnini explained that there are buyers interested in the Copper Cliff fire hall building and that they are already in the process of planning what to do with the building.

"The people that are interested are historical buffs, in fact, you'd almost call them pickers, because they have a company and what they want to do is maintain the integrity and the look of the building," said Vagnini.

"The one individual is actually looking at buying an old historical fire truck at an auction so that he can be able to have that parked outside."

If the Copper Cliff fire hall is designated under the Ontario Heritage Act, it gives the municipality a more say in determining what can or can't be changed by future owners.

"The designation process is the subsequent step that the Ontario Heritage Act provides to municipalities to strengthen the protection on heritage buildings within their community," said Jason Ferrigan, Greater Sudbury director of planning services.

"By strengthen, what I mean is that process gives the municipality (the ability) to move into a more detailed analysis to reaffirm the statement of cultural heritage value or interest, but more importantly, explore the heritage attributes of the building. So the physical elements of the building that actually contribute to its cultural heritage value and will require protection under the Act if the municipality believes those attributes are under threat of being lost in the face of development."

Council voted unanimously in favour of Vagnini's motion which directs staff to initiate the process to designate the fire hall at 7 Serpentine Street under Part IV of the Ontario Heritage Act.

This will include consulting with the Municipal Heritage Advisory Panel as required by the Act, evaluating the property pursuant to the prescribed criteria, returning to council with a staff recommendation, issuing a “Notice of intention to designate” including the publishing of the notice in the newspaper, an appeal period and the passage of a by-law.

Are you a high schooler in need of community service hours? You can volunteer virtually
Jul 6, 2020 9:00 PM

Greater Sudbury Development Corporation welcomes six new members
Jul 6, 2020 8:00 PM
Comments
We welcome your feedback and encourage you to share your thoughts. We ask that you be respectful of others and their points of view, refrain from personal attacks and stay on topic. To learn about our commenting policies and how we moderate, please read our Community Guidelines.