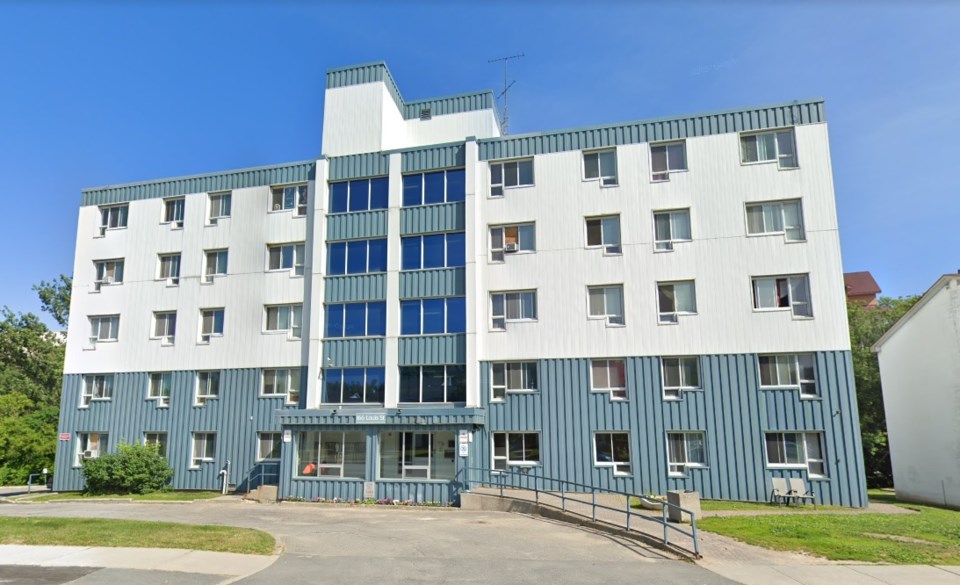 Greater Sudbury city staff will be looking at expanding their inventory of seniors’ housing after council passed a motion to explore options to redesignate 166 Louis St. as a seniors' building.

At the back end of the meeting, Ward 12 Coun. Joscelyne Landry-Altmann tabled a motion to direct staff to review the existing mandate change protocol developed by GSHC administration in 2016, and to explore all options to redesignate the 50-unit building at 166 Louis St. as a seniors’ building.

Landry-Altmann's motion requested that city staff report back to council with options for a seniors' designation no later than the third quarter of this year, including a timeline for implementation.

"This wouldn't happen tomorrow and it doesn't affect our current waitlists," said Landry-Altmann. "It establishes a pathway forward for affordable housing for seniors."

Greater Sudbury Mayor Brian Bigger commended Landry-Altmann for introducing the motion and taking the first step in creating more affordable housing for seniors in the city.

"This is something that is so close to the heart of Coun. Landry-Altmann," said Bigger. "She works closely with the people in her ward and this is a perfect way of transitioning to a better quality of life for seniors."

Bigger explained that the current conditions for seniors in some affordable housing units that aren't designated as seniors' buildings may not be ideal.

Ward 5 Coun. Robert Kirwan asked what types of units were in the building in question, with director of housing services Barb Dubois explaining that they are all one-bedroom or bachelor units.

"There are 50 units in the building; 30 are bachelor units and 20 are one-bedroom units," said Dubois.

Kirwan raised some concern that the units may not be suitable for seniors who require homecare.

"Could we take into consideration recommendations from the long-term care commission?" said Kirwan. "Municipalities are going to have to take a look at home care, we know that these older couples at some point are going to need a second bedroom."

Ward 6. Coun. René Lapierre inquired what a redesignation would mean for current tenants and if this could raise issues with evicting people.

"How are we doing this? I would like some comfort that we aren't going to be displacing people," said Lapierre.

Dubois allayed the councillor's concerns by telling council that this has been done in the past with the Eddie Lapierre Building at 1052 Belfry St. without any hiccups or unnecessary evictions.

"We did this in 2008 at 1052 Belfry and people who were already living there were grandfathered in," said Dubois. "Now it's almost all seniors in that building."

"When proposing a change in how we designate communities it's brought before the (GSHC) board and no one would be automatically evicted," said Jacques. "It would happen over time through attrition or normal evictions."

In other words, if the building is designated for seniors, current tenants will still be permitted to reside there, but as turnover occurs and tenants move out, the units would only be available to seniors.

The motion was carried unanimously and council will receive a report on redesignating the building at 166 Louis St. in the third quarter of 2021.