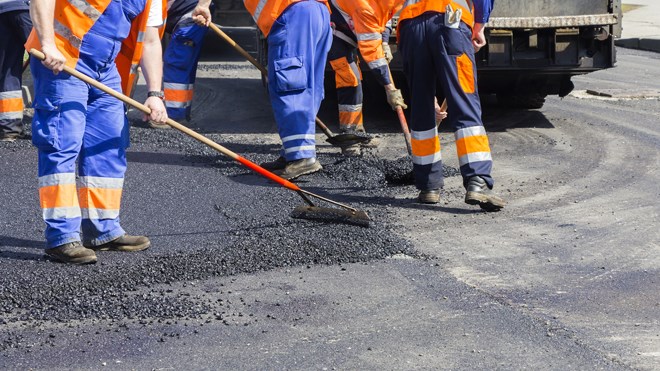 City Council gave the go-ahead for staff to enter into the tender process back in July, with a budget of around $1.5 million to repair about 25 lane kilometres of roadway.

A trio of contractors bid on the project, with none coming in under the $2 million mark, prompting staff to recommend scaling back the project to stay on budget.

Funding provided for the HIR pilot project includes $700,000 from additional Federal Gas Tax and $811,000 funding from the 2020 budget deliberations. The proposed culvert replacement will be funded with approximately $160,000 from the approved capital project account designated for culvert work.

The three contractors that bid on the project were Pioneer Construction, Belanger Construction and Interpaving, with Pioneer offering the lowest price at roughly $2.1 million, a price tag that eclipsed the city's budget by more than $550,000.

Belanger and Interpaving's bids came in at around $2.35 and $2.45 million, respectively.

"The low bid is approximately $550,000 higher than estimated. The HIR item represents approximately 75 to 80 per cent of the contract value," said the staff report headed to council on Sept. 8.

"The unit price for this item was higher than estimated and represents the majority of the difference between the estimate and bid results. As this treatment is new to the city, staff consulted with industry and engineering consultants to determine the estimated price."

The report goes on to indicate that while the HIR unit rate is higher than estimated, it still represents value for money as the unit rate represents a savings of at least 30 per cent in comparison to a grind and asphalt overlay treatment, which has a similar typical service life.

A trio of major roadways are slated to be part of the pilot project, with MR 35 (Clarabelle Road to Big Nickel Road), Kingsway (Falconbridge to Levesque Street) and MR 85 (Skead Road to Pine Ridge Street) all slated to undergo repairs.

Bancroft Drive from the Kingsway to Bellevue Avenue was also in staff's original proposal, but due to the cost of the project coming in well above staff's estimate, it looks to be on the chopping block, along with scaling back one or two of the other road sections.

Staff is recommending that council move forward with approving the project at a reduced scope, by removing Bancroft Drive from the project and revising the remaining projects by cutting approximately four lane kilometers slated for repair.

The report indicates that the work will be completed this year and will allow for a construction review, data collection and a report back to council with recommendations for the 2021 construction season.

"Staff is confident the work proposed in the reduced scope can be completed in 2020," said the report. "The proposed reduction in scope which includes the removal of Bancroft Drive does not alter which contractor is the low bidder."

A second option available to council is to push forward with the full scope of the project, which would require them to pull an additional $550,000 from the capital holding account.

"Due to delay in award of the contract and the time required for concrete and asphalt work associated with curb removal and replacement, Bancroft Drive cannot be completed in 2020," said the staff report.

This would also mean that the pilot will not be completed this year and no data will be collected in order to provide recommendations for next year's construction budget.

You can read the full staff report here.