Le Ledo Hotel project would receive roughly $5 million if project proponents can jump through all the hoops
Nov 20, 2020 10:18 AM By: Matt Durnan 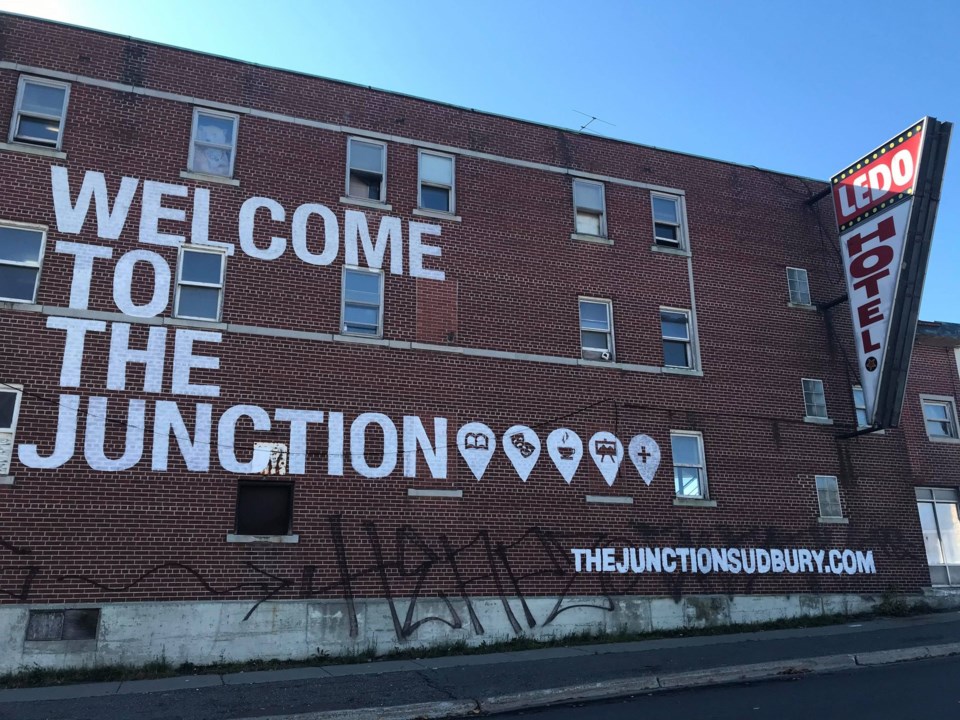 The city's finance and administration committee has approved business cases to support 12 community improvement projects, including more than $5 million for the proposed Ledo Hotel renovation.

Meeting on Tuesday, the Finance and Administration Committee passed a number of resolutions related to Community Improvement Plans (CIP), with business cases to be brought forward as part of 2021 budget deliberations. The total amount of grant funds requested for the 12 projects is $5,969,509, with $5.3 million for the Ledo.

The approval means these projects will now be evaluated by city staff to determine their feasibility and eligibility for funding.

"What Community Improvement Plans are, are plans developed in the municipality to enhance the physical and social environment through the redevelopment, the development and preservation and rehabilitation of certain areas," Kris Longston, manager of community and strategic planning, told the committee.

"They're also intended to increase employment and economic activity, and investment in the city."

These plans, as explained by Longston, provide financial incentives to target investment and redevelopment in certain areas of the city.

Plans can include facade improvements, building code upgrades, loans, and tax-equivalent grants, and can also include building and planning fee rebates.

The 12 projects that will have business cases prepared have a total cost of close to $6 million, and the city will pay that out at a rate of $600,000 per year over the next 10 years.

"Just for residents that are listening or haven't had the opportunity to do a deep dive into it," said Signoretti. "Just so the public understands that for every dollar that we invest in development, development invests X amount of dollars, so if (staff) can just highlight that and what it may do is alleviate some of the pressures of future taxation because of the fact that they're getting that taxation after the project is completed."

In short, more development equals more assessment growth for the city and more money flowing from a larger tax base.

The total monetary request from complete and eligible applications, and capped within individual program limits, is estimated at $5,969,509 for the 12 applications, which would result in an estimated $48,000,000 in private investment in the downtown — or a ration of 7:1 — should the projects be approved for funding and proceed.

Longston explained that the goal of the CIP programs are multi-faceted in that they're intended to achieve certain social outcomes like affordable housing creation and other rejuvenation outcomes that comes through different programs like facade improvements. These programs are also intended to stimulate economic development and increase the assessment base.

"With respect to the programs, they're intended to provide some municipal funding to leverage a much greater private investment," said Longston.

"So in the case of a large redevelopment, what would happen would be say you have a vacant site, there would be a building created there. The applicants could apply for the tax equivalent grant and what would happen would be the applicant would be granted back the difference in the increase in assessment pre- and post-development. So, that assessment would go up with the new building, they'd be granted back that increase in assessment over a period of 10 years on a sliding sale and then post the 10-year period the city would benefit from that increase in the taxation base."

The city received 40 applications in 2017 for all financial programs. Of the 40 applications received, only 35 met the minimum Downtown Sudbury Community Improvement Plan (DSCIP) requirements. These 35 applications had a total monetary request of $3.3 million.

Council, through the 2018 budget process, allocated $600,000 to the DSCIP, and directed staff to fund both the Facade Improvement and Residential Incentive Grant Programs. Based on this direction, 25 of the original 35 complete and eligible applicants elected to proceed.

Of the 25 applicants in 2017, 12 have completed their work and nine have received extensions.

The committee also voted this week to lapse and/or rescind a number of CIP approvals on projects that haven’t moved forward or that have stagnated. The city will allow these agreements to lapse on Dec. 31.

In addition, the committee voted to scrap all 2017-2019 CIP approvals, and amend the necessary by-laws, for projects that have not been executed by the applicant by Jan. 15, 2021. Any unspent CIP funds for will be redirected into the Tax Rate Stabilization Reserve.

"Those that have not started their projects, they got all of their notices, they know it's come to an end if they've not started it?" asked Ward 3 Coun. Gerry Montpellier.

Longston responded that emails have been sent out to all of the outstanding applicants to advise them that council would be considering lapsing or rescinding these agreements.

"Staff will follow up with any outstanding agreement holders and provide them with that information so that they can commence those projects, potentially before the end of the year," said Longston. "In that particular case, then staff would likely provide an administrative extension, but if those projects have not been commenced by the end of the year then those would lapse and we would report back to this committee early in the new year with the outcome of that and the potential surplus that is a result of those lapsed agreements."