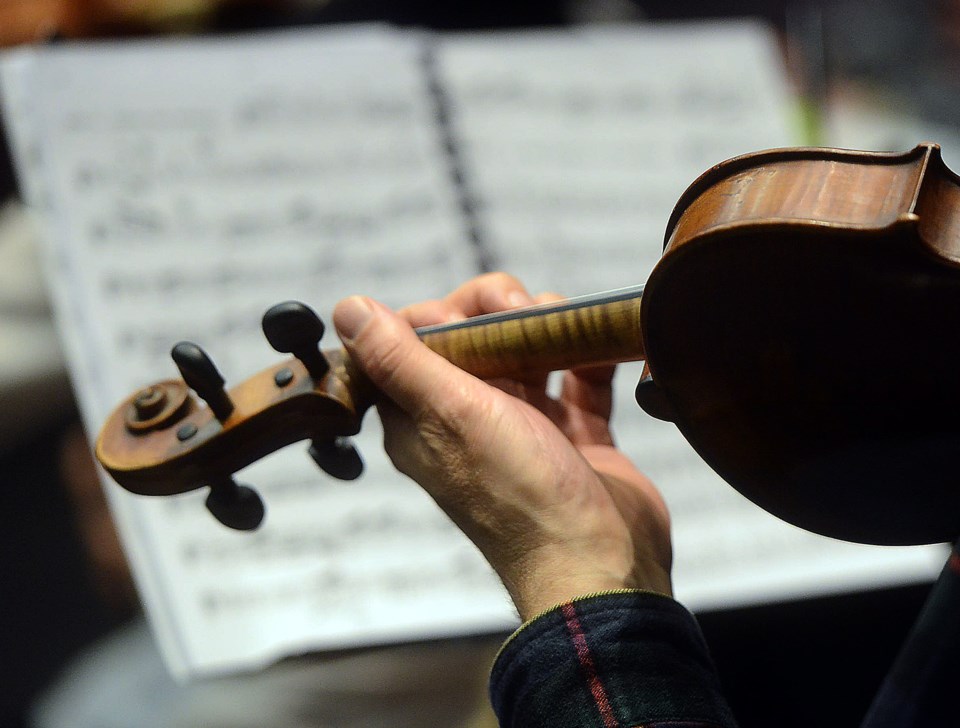 Meeting on Tuesday, city councillors unanimously approved a $52,000 lifeline for the Sudbury Symphony Orchestra, after receiving assurances the group has a long-term plan for success. (File)

Meeting on Tuesday, city councillors unanimously approved a $52,000 lifeline for the Sudbury Symphony Orchestra, after receiving assurances the group has a long-term plan for success.

But some councillors are concerned that the bailout is part of a growing trend among local arts and sports group struggling to survive.

Ward 11 Coun. Lynne Reynolds said not long ago, you couldn't get a ticket for the SSO because they regularly sold out.

“So I don't know what the problems are,” Reynolds said.

Last October, the Sudbury Theatre Centre revealed it had $400,000 in debts after a series of financial setbacks. Councillors voted to provide an immediate $200,000 grant to avoid disaster, as the theatre company works with a consultant to restore its financial health.

With recent reports that enrolment in sports groups is down, Reynolds said they need to look at whether “these are one-off incidents or if this is a trend.”

Mayor Brian Bigger, who moved the motion on the symphony's behalf, said the SSO reached out to him and staff about their dire financial situation.

Bigger's motion called for taking the money from the Tax Rate Stabilization Fund, a $1.94 million fund councillors draw on to ensure property tax rates don't increase too much in a given budget year.

Ward 6 Coun. Rene Lapierre said it seems a lot of groups were asking for bailouts, and was concerned that before any money is given out, the group receiving help has a good plan in place to avoid another crisis.

Ian Wood, the director of the Greater Sudbury Development Corp., said the GSDC has already paid for a consultant to help the STC, and the results so far have been good. The symphony has already reduced staff and cut the cost of putting on a concert.

In future, Wood said they will seek donations from supporters first if they want to put on a more costly performance.

Ward 10 Coun. Fern Cormier said they shouldn't be so quick to place all the blame on the arts groups. The city gives a below average amount to support arts groups, Cormier said, putting them in a more difficult position.

“It's coming home to roost,” he said, adding that governments have a long history of supporting the arts.

“In the days of Rome, they invested in libraries, in theatres,” he said.

“If we lose our symphony orchestra, will we all be the poorer for it,” added Ward 9 Coun. Deb McIntosh.