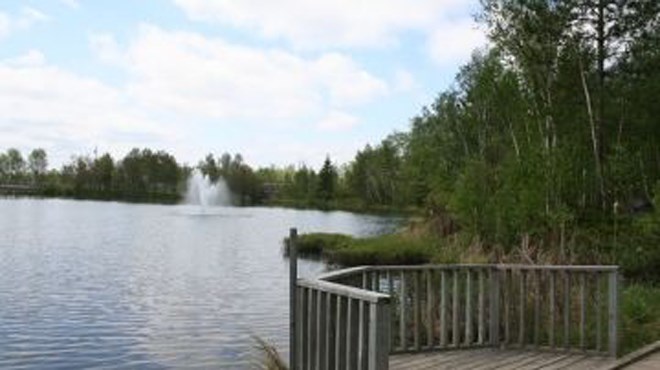 Ward 2 Coun. Michael Vagnini said his community is 97-per-cent behind the idea to purchase a former golf course in Lively and turn it into a new recreational area to replace Meatbird Beach.

Vagnini told his fellow councillors last week that talks have been happening between the landowners and the city. A Toronto firm is also discussing purchasing the property, he told council, and wanted direction to continue negotiations with the land owners.

“We don’t want to lose it at the 11th hour,” Vagnini told council.

Sixth Avenue Golf Course is situated on 78 acres of land with limitless potential for development, he said.

Meatbird Lake Park dates to the 1970s, when Vale expanded its nearby mine tailings area. It’s a man-made body of water fed by a fountain that pumps treated water. Vale bought the property for about $4 million in April. The purchase will allow Vale to undertake tailings dam improvements, including an erosion control project located near the park.

Vale also plans to perform environmental remediation work on the site and to discontinue pumping potable water to the lake, resulting in water conservation.

The idea of purchasing the land was raised during last week’s city council meeting when city staff presented their plans for a community engagement process to elicit ideas on how to replace Meatbird Beach. The city committed the funds from the Vale sale to set up new recreational amenities in the community.

Council passed a motion June 29 to direct staff to undertake a public engagement process to gather information on what the community is looking for in terms of recreational amenities to replace Meatbird.

The city will collect resident opinions, ideas and perspectives about the future of recreation in their community. Early and continued engagement will emphasize community ownership of the project while maintaining open lines of communication between residents and the city.

A council-approved citizen advisory committee will be formed with Lively area residents. The committee will help identify preferred options, and fulfill budget, zoning and environmental considerations.

Council will review applications and select advisory committee members at a nomination committee meeting in August.

Initial community engagement will begin this month. Recommendations to city council will come forward in the fall.

Vagnini said he fully supports the consultation process, but wanted to continue negotiations with Sixth Avenue.

“This doesn’t derail the process we are going through,” Vagnini said. “It just adds to the ability to continue the conversation. Nothing will be purchased without council approval, but our concern is the community engagement will take time, and the property owners could take it off the table as that process moves forward.”

Ward 7 Coun. Mike Jakubo said at the meeting the process the city is putting in place, the community engagement, is “extremely important” for other areas of the city, as well.

“This process could be applied anywhere,” Jakubo said. “It’s interchangeable for different situations, and it sets an expectation that council is putting forward that, with collaboration with staff, we do entrust some of the decision-making process to the public.”