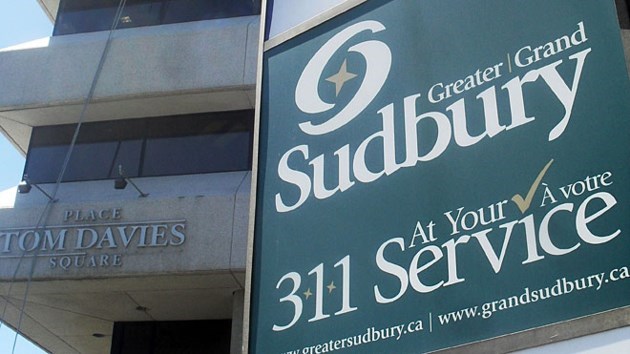 The city of Greater Sudbury had its opportunity to respond to Sudbury businessman Tom Fortin's application to have four bylaws related to the Kingsway Entertainment District quashed by the Superior Court.

Day two of Tom Fortin v. The City of Greater Sudbury got underway Tuesday morning with the city's counsel, Tom Halinski responding to a number of submissions made by Fortin's lawyer Gordon Petch.

The pillars of Petch's submissions from Monday were that the city acted in bad faith when passing the bylaws and approving the Kingsway Enterainment District, and that the decision was all but a foregone conclusion and that council had their mind made up to choose the Kingsway site without allowing for proper public consultation.

Halinski went through meeting transcripts, pointing to instances of a number of councillors, including ward 1 coun. Mark Signoretti and ward 6 coun. Rene Lapierre speaking in favour of the downtown as the best location for an arena and events centre.

On Monday, Petch spent time during his submission speaking about an options agreement between the city and Dario Zulich regarding the Kingsway site, to which Halinski rebutted on Monday that the city had option agreements at other proposed sites including Algonquin Road and the downtown.

In response to Petch's comments that the city never conducted any study as to what the impacts to the downtown would be if the Kingsway site was chosen, Halinski conceded this fact, adding, "but downtown has always been on the mind of council."

Halinski read from a transcript of a meeting when the city received the scorecard and report from PricewaterhouseCoopers during a June 15, 2017 meeting of city council, quoting ward 5 coun. Robert Kirwan who eventually voted in favour of the KED, while also stating that the downtown needed to be a hub for arts and culture.

Fern Cormier mentioned at the same meeting that he had fielded calls from hundreds of residents regarding the proposed Kingsway site vs the downtown. Lapierre spoke about the extensive discussion that had been held for both locations, noting that the PWC report had downtown ranked first overall.

"My point is to indicate the breadth of debate that took place, there was a division on council on this matter," said Halinski. "Their job is to weigh all of the options and there is not a shred of evidence that they did anything improper."

Halinski moved on to the pair of public meetings held on March 26 and 28, 2018 where throngs of people turned up to voice their opinions to the city's planning committee with respect to the zoning bylaws that were being discussed.

"There are voluminous, thorough reports from planning staff, each report was thoroughly discussed and staff recommended approval from the committee," said Halinski. "These were four and five-plus hour meetings where a lot of people spoke on a wide variety of issues."

Halinski also addressed Petch's submission that members of council, namely Robert Kirwan had been party to a smear campaign and made threats against the Downtown BIA. Petch took issue with the fact that Kirwan was allowed to vote during a hearing with the integrity commissioner as to whether or not he should be reprimanded for his conduct.

"Kirwan voting was not unlawful, there was nothing to prevent him from voting," said Halinski, further stating that Petch's assertion that Kirwan had posioned the minds of his fellow councillors was "simply baseless".

In his conclusion, Halinsky was brief, stating that at the end of the day it was quite clear that the city did not act in bad faith and asked that the application be dismissed.

Gateway Casinos was also represented at Tuesday's hearing, with Richard Swan taking roughly an hour digging through case law, and calling Fortin's application the "everything but the kitchen sink approach".

"The majority of the complaints are not legally relevant," said Swan. "The only question is whether the four bylaws should be quashed for illegality."

Swan leaned heavily on the Muncipal Act, specifically sections 272 and 273, indicating that you can not quash a bylaw based on unreasonableness.

"This is a backdoor bad faith review," said Swan who went back as far as 2012 when the city began discussions about a casino in Greater Sudbury.

"The applicant could have challenged any bylaw or order but chose not to until 2018," said Swan. "He can not bring back to life other resolutions that could have been challenged but were not."

Petch was given a short period of time to reply on Tuesday, and he said that he has not changed his position on the city's lack of transparency. Petch did however respond to Halinski's comments about Robert Kirwan acting alone, quoting former BIA chair Jeff MacIntyre's affidavit where he alleged that city CAO Ed Archer threatened him.

"The CAO called MacIntyre to come to his office in February of 2018 and told him that council would fire him, and that this would ruin his public life," said Petch, quoting MacIntyre's affidavit.

In closing, Petch maintained that the city did act in bad faith, again harkening back to the pair of meetings in March of 2018, indicating that at no point was the project discussed as a whole, but rather the city's planning committee discussed each element - arena, convention centre, as separate items.

Justice Gregory Ellies reserved his decision and no date has been provided as to when he will issue his ruling.