Calls for replacing them with a two ice pad facility in Valley East
Nov 27, 2017 7:00 PM By: Darren MacDonald 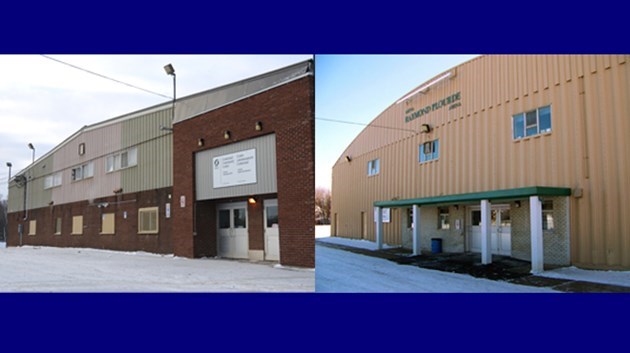 A staff report recommends closing three ice pads in Greater Sudbury and replacing them with a two-ice pad facility in Valley East. Possibly on the chopping block are Centennial Arena in Hanmer and the Ray Plourde Arena in Val Caron. (File)

City council have a lot of big decisions facing them next week, as they work their way through the 2018 city budget.

Among the most controversial proposals that make up the business case section of the budget is a plan to close three rinks in Greater Sudbury: one of the two ice pads in Capreol; the Centennial Arena in Hanmer; and, the Ray Plourde Arena in Val Caron.

In their place a new arena would be built in Valley East with two ice pads at a cost of roughly $24 million.

The reasons include the age of the arenas, the costs required to maintain them and declining usage rates at most of the city's 16 municipal ice pads. Two of the city's 14 arenas – Gerry McCrory and Capreol – have two ice rinks.

“The average age of the ice facilities in the city is more than 40 years, with the majority being constructed between 1950 and 1978,” a staff report on the proposal says.

“The 2013 Arena Renewal Strategy found that the prime utilization rate has been declining since the 2008-2009 season, with shoulder hours (those at the edges of prime time) mostly affected.”

Declining enrolment in hockey and other ice-related activities has left the city operating with almost two more ice rinks than we need, the report said. Having rinks with more than one ice pad is the best way to minimize costs in the long-term.

The exceptions are the two Capreol ice pads – at 52 and 74 per cent – and the IJ Coady Arena in Levack at 68 per cent.

For off-peak times – 10 p.m-midnight – usage ranges from a high of 61 per cent at the Toe Blake Arena in Consiton, to a low of four per cent at IJ Coady and seven per cent at one of the Capreol ice pads.

The rinks proposed for closure each require significant money to  keep them operating if city council decides against closing them.

If councillors agree, a new two-pad arena would be built, possibly on city owned land at the Howard Armstrong Recreation Centre.

Closing all three rinks would save $521,000 in operating costs a year, as well as $7.2 million in capital costs over the next decade. The report estimates a twin-pad arena in the Valley would cost about $200,000 a year to operate, leaving around $320,000 in savings.

Building the new arena would cost between $24 million and $26 million, leaving annual mortgage payments of $1.6 million a year for 25 years.

The proposal goes to the city's finance and administration committee Dec. 5.