CMHA screwed up its downtown shelter project, and now city taxpayers are bailing them out

City councillors in a Catch-22: provide interest-free $2.2M loan or the Home For Good Shelter project, which council agrees is a necessity, is dead
0
Aug 14, 2019 11:08 AM By: Darren MacDonald 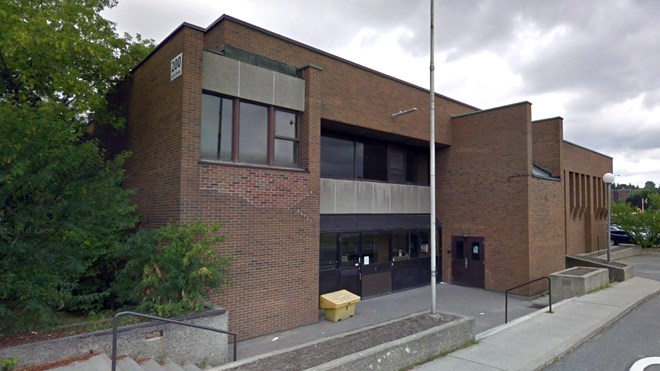 Construction of a centre downtown for homeless people and those battling addictions has run into some major problems, city council heard Tuesday, forcing the city to provide a $2.2 million interest-free loan to save the project. (Google Maps)

Construction of a centre downtown for homeless people and those battling addictions has run into some major problems, city council heard Tuesday, and requires $2.2 million to continue.

Although unhappy, councillors approved the funding in the form of an interest-free loan, after getting a detailed rundown of how things went horribly wrong with the Home for Good project at 200 Larch Street.

Led by the Canadian Mental Health Association, the city donated the building in 2017 for the centre, with an understanding that would be the only contribution from the municipality.

Construction began in February of this year, but by June, it became clear the CMHA didn't have the funding in place for the full project, which is estimated at $7 million. The group has applied for $2.7 million from the Canadian Mortgage and Housing Corp., but has yet to receive a response.

The bank holding the mortgage informed the group in June it wouldn't provide further financing until it was satisfied the CMHA had the money for the entire project.

In July, the group wrote the city, formally asking for the $2.2 million. The city then had KPMG managing partner Oscar Poloni do a report on exactly what was going on and the municipality's options.

Poloni said a number of mistakes were made, but the biggest was the CMHA's decision to begin construction before all the financing was in place.

“During the course of our review, we inquired of CMHA's management as to why they would execute the contract without sufficient financing in place,” Poloni said in his report. “While CMHA management identified a number of factors that contributed to the decision to proceed, they acknowledged that the decision was incorrect and should not have been made.”

The group also underestimated costs, and has said it will have to reduce programs in order to pay its mortgage and monthly operating expenses.

There was also a lack of oversight as work proceeded, Poloni said, and individuals in charge of separate parts of the project didn't communicate with each other. It all points to their inexperience with major projects, Poloni wrote, not surprising since they are primarily a social services organization.

“While these factors are identified as contributing towards the current financial challenges facing the project, we also believe they are symptomatic of the root cause of the situation — namely, the CMHA, as a human and social services agency, does not have the internal capacity and capabilities to undertake a large (+$7 million) capital project.”

While the bank suspended financing, the contractor has continued working, and the centre is now about 60-per-cent complete.

Ward 6 Coun. René Lapierre said he was unhappy the city is in a position where they really have no choice but to provide the money, since the Home for Good is needed.

“This project has to happen,” Lapierre said.

If they agree to the loan, he wondered what assurances the city has things won't go off the rails again. For example, could the city reclaim ownership of the building if the loan is defaulted?

“I want to be sure that is included (in the agreement).”

Ian Wood, the city's interim GM of community development, said they can place conditions on the loan, and that construction will be closely monitored.

And CEO Ed Archer said councillors would be authorizing Wood to reach a deal with the CMHA that includes whatever direction city council gave him.

“This would give us the authority to monitor and ensure things proceed properly,” Archer said.

Ward 5 Coun. Bob Kirwan said he was always opposed to giving the CMHA the Larch Street building because of the risks.

“We’re now paying for 40 per cent of construction costs, and we have no interest in that building anymore,” Kirwan said.

Will CMHA have enough money to repay the loan from the city, he asked, and still have money to deliver programs?

“Will there be enough operating revenue?” Kirwan asked.

Poloni said if the $2.7 million is approved by the CMHC, the loan would be repaid right away.

“(Otherwise) we have some concerns,” he said.

Operating costs will likely be higher than CMHC estimates, and they plan to shift budgets around to ensure they can be viable.

That money, however, would come out of their programs, so at some point, that could be a problem.

“So there is a significant risk ... they will have to compromise their programs,” Kirwan said.

At that point, Kirwan said he expects they will come back to council looking for even more money. Rather than adding it as a condition if the CMHA defaults, he wants the city to regain some ownership before agreeing to loan.

“Can we become part owners again, in exchange for this loan?” he asked.

Wood said he would negotiate with CMHA to reach a deal that protects this city’s interests, and that could include re-establishing a stake in the building. Staff will work with them on developing a budget, and bring the details back to council for review.

Ward 12 Coun. Jocelyne Landry-Altmann wondered what would happen to the $2.2 million the CMHA already received from the province for the shelter construction.

“If we say no, what happens to those grants?” Landry-Altmann asked.

When told they would be revoked, she said the city was being backed into a corner: vote no, and kill a desperately needed project to help the most vulnerable, or vote yes and provide $2.2 million to a project that has been handled poorly.

“So we’re in no choice situation,” Landry-Altmann said.

The loan was approved unanimously. Read the full report here including Poloni's analysis.

Overtime serving up spaghetti dinner in support of YWCA Genevra House
Feb 28, 2020 9:00 PM
Comments
We welcome your feedback and encourage you to share your thoughts on this story. We ask that you be respectful of others and their points of view, refrain from personal attacks and stay on topic. To learn about our commenting policies and how we moderate, please read our Community Guidelines.