'A strike by CN workers will have a seriously harmful effect on the industry,' says association president and CEO Pierre Gratton
Nov 20, 2019 10:00 AM By: Sudbury.com Staff 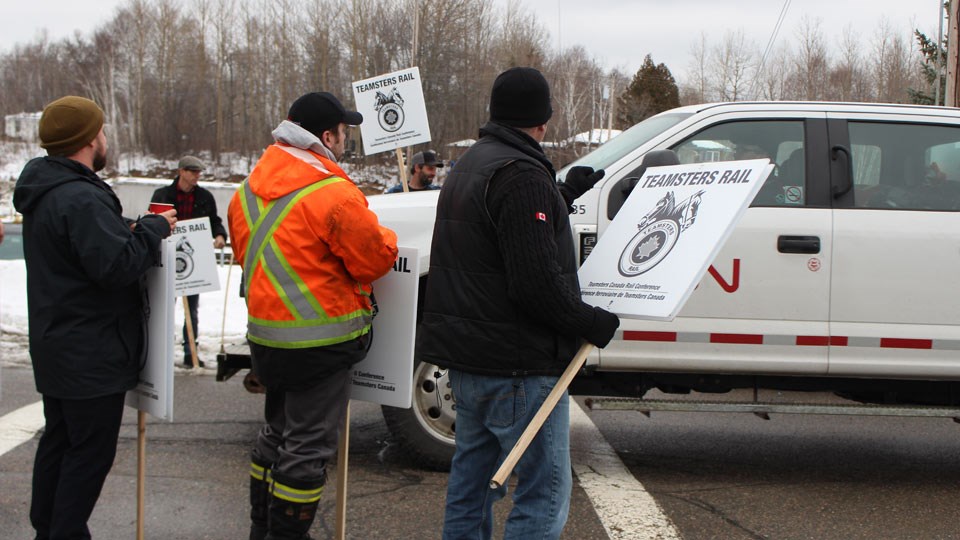 With more than 3,000 CN workers hitting the pickets line Tuesday, the Mining Association of Canada is warning of what it calls "the damaging effects" the work stoppage can have on the sector.

Some 3,200 Canadian National Railway conductors, trainpersons and yard workers belonging to the Teamsters Canadian Rail Conference are on strike. The union gave CN a 72-hour strike notice over the weekend.

The union and the company have been in negotiations for seven months and have been working with federal mediators for the past five, said a press release from the Teamsters.

The Mining Association said mining companies depend on rail to either transport supplies in, or transport products and by-products from operations.

"A strike by CN workers will have a seriously harmful effect on the industry," said Pierre Gratton, the association's president and CEO. "The shipment of fuel and other supplies to mine sites will be compromised, as will the transport of mineral products."

The association said Canada's mining sector accounts for more than half (52.3 per cent) of all rail freight revenues generated annually, and is the single largest shipping group by volume. Most of this production volume is shipped to international markets.

The work stoppage brings CN's operations to a halt, but does not affect public transportation.

“CN is telling our members that they are facing tough times, but the reality is that they made over $3.8 billion in the third quarter of 2019,” said Teamsters president Lyndon Isaak, in a Saturday press release. “They should be ashamed to be pleading poverty.”

The Teamsters said issues in this strike include dangerous working conditions, fatigue and benefits concessions.

In a news release, Gratton warned the rail stoppage will lead to mine closures and thousands of layoffs within days.

"Experience has demonstrated that a rail stoppage significantly impacts the ability of companies to bring essential inputs to their mines, and the ability to move mineral products and by-products to down-stream customers," said Gratton. "MAC members have advised that this strike will result in a severe reduction or elimination of railway capacity and will trigger the closure of mines with concurrent lay-offs of thousands of employees beginning in a matter of days."

The association wants binding arbitration imposed on this dispute and all future disputes involving Class 1 railroads to minimize the impact on industry.

"We recommend that the government impose binding arbitration to address this dispute, and to also consider such arbitration as a required step in future labour disputes involving the Class 1 railroads, given the frequency and adverse impact of such disputes," Gratton said.

CN, too, is pushing for binding arbitration, but the Teamsters said the company is simply trying to avoid good-faith bargaining instead of working toward a meaningful resolution.

Moss St. garage a ‘total loss’ after early morning blaze
Aug 7, 2020 2:05 PM
Comments
We welcome your feedback and encourage you to share your thoughts. We ask that you be respectful of others and their points of view, refrain from personal attacks and stay on topic. To learn about our commenting policies and how we moderate, please read our Community Guidelines.