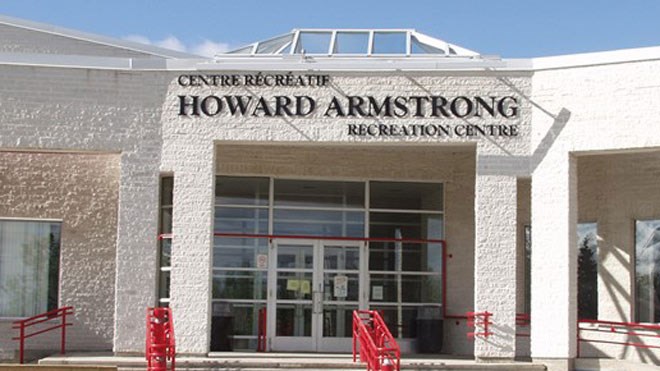 Plans to develop a twin-pad sports and recreation complex at the Howard Armstrong Centre in the Valley took a bit of a detour Monday after city councillors got a look at the proposed design.

“The purpose was to have the community give input into the designs, characteristics and programming for that building,” Salach told members of the community services committee Monday.

Many residents told her they believed the area's three arenas have not been maintained properly and that none of them should close, which is part of the plan should the new complex be built.

“(But) there was also a strong sentiment that this facility was really needed ... what a facility like this could do in acting as a community hub,” Salach said. “And people with young families, who frequent this arenas, really saw a need for this type of facility.”

Input they received strongly supported moving the new centre closer to Howard Armstrong so that none of the 28 acres of greenspace in the area would be lost.

The original design called for construction to take place on eight of those acres.

So, Salach said, the design was changed to accommodate those concerns. But Ward 5 Coun. Bob Kirwan, one of the councillors representing that area, said the new design would mean the loss of five soccer fields, something local teams strongly oppose and a decision that would affect the 1,000 children who play soccer in the area.

And, he said, the changes would add as much as $10 million to the cost of the project. He supported the option of using the eight acres of greenspace, then working to convert the remaining 20 into a new public space.

“It could become another Kivi Park,” he said.

And Ward 8 Coun. Al Sizer said there should be something geared toward older residents included in the design.

“I would like to see a walking track included, because of the seniors,” Sizer said.

Kirwan asked city staff whether delaying a decision until their August meeting would impact preparations to make the project a part of the 2020 budget process.

For that to happen, city staff have to prepare what's called a business case – a report outlining the costs of the project, as well as the benefits of moving forward.

Staff responded that August wouldn't have an impact, and the committee agreed to defer a decision on the decision to allow time for more changes.

The idea for a new twin-pad arena goes back several years, and is part of the city's long-term arena renewal strategy. Many existing arenas in the city require millions in maintenance in the next decade because of their age.

A 2018 report included two scenarios for the Valley East facility. The first scenario would close Centennial Arena and Raymond Plourde Arenas, saving $407,744 in total operating costs, along with a 10-year capital savings of $3.7 million. The second scenario would close Centennial and Raymond Plourde, as well as one ice pad at the two-pad Capreol Arena. The total operating savings would be $521,294, and a 10-year capital savings of $6.7 million.

Greater Sudbury operates a total of 16 ice pads in 14 arenas, with Capreol and Gerry McCrory Countryside Sports as the only rinks with two ice pads. Cities that are replacing old arenas are moving toward multi-rink arenas because they are cheaper to operate and maintain.

Garneau expands required use of face masks on planes, trains, ships and transit
Jun 4, 2020 10:00 PM
Comments
We welcome your feedback and encourage you to share your thoughts. We ask that you be respectful of others and their points of view, refrain from personal attacks and stay on topic. To learn about our commenting policies and how we moderate, please read our Community Guidelines.