Dave Murray didn't even show up to listen to his angry former clients tell their stories
Aug 14, 2019 6:09 PM By: Matt Durnan 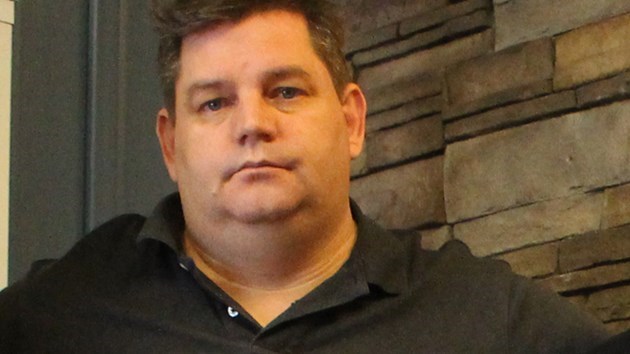 Wednesday's hearing committee meeting was all but an open and shut case, with a unanimous vote to uphold the decision to revoke EcoLife Home Improvements owner Dave Murray's business license. (File)

Wednesday's hearing committee meeting at Tom Davies Square was all but an open and shut case as the committee voted unanimously to uphold the decision to revoke EcoLife Home Improvements owner Dave Murray's business license.

Close to two dozen people gathered in council chambers Wednesday, a handful of them taking the opportunity to speak to the committee about their experiences with Murray and his company.

Murray was a no-show at the afternoon meeting. Hearing committee chair Mark Signoretti said Murray told him he would not be attending due to a court appearance scheduled for the same day. The embattled contractor was scheduled to make an appearance at the Sudbury Courthouse on Wednesday morning on theft and trafficking of stolen property charges. He didn't show up to that, either.

The judge in his criminal case issued a discretionary bench warrant for Murray, meaning he must show up to his next scheduled court date Sept. 9. Otherwise, the judge can order a bench warrant for Murray's arrest. Murray is also scheduled to appear in court Aug. 28 on still another criminal matter involving more than 20 fraud charges for which is still seeking a legal aid lawyer.

During Wednesday's meeting, the hearing committee heard from a number of people who said they were victimized by Murray and EcoLife – and lost thousands of dollars in the process.

"He knows who he is targeting and this is just a small portion of those people," said David Curtis, one of the last people to speak Wednesday.

Another one of Murray's victims, Lori Ferguson, said even though EcoLife is no longer operating, Murray is still out there under a different company name. The company in question -- Maple Ridge Property Managements -- was registered by Murray's wife, Pamala Facendi, on April 15, days after EcoLife's license had been revoked.

Melissa Laalo, the city's acting manager of bylaw enforcement, confirmed they received business license application from Maple Ridge Property Managements, but the application had been rejected.

Ward 11 Coun. Bill Leduc, the most vocal of the hearing committee members in attendance on Wednesday, was joined by Ward 10 Coun. Fern Cormier and Ward 6 Coun. René Lapierre, along with chair Signoretti from Ward 1. Ward 2 Coun. Michael Vagnini was absent.

Leduc made it clear the public needs to know about Maple Ridge Property Managements in order to prevent an ordeal similar to what victims of EcoLife are going through. He has spent the better part of 25 years working in sales and is more than familiar with how contracts work, Leduc said. He has been following Murray's court proceedings very closely, and said Murray is nothing more than a bully and a con man.

"He picks out his targets, he deals with the elderly, he bullies them," said Leduc. "He could be charged with elder abuse for this kind of stuff. With all the people we had here today, for Mr. Murray to even appeal this, there's got to be some marbles missing. Personally, I'd like to see him get jail time for this."

Cormier asked city staff whether some type of rebate could be offered to EcoLife victims, such as refunding the building permit fees Murray paid on their behalf for work he never completed.

"Is there a mechanism in our system where we can look at building permits (issued to EcoLife) and match them with fees on these potentially fraudulent contracts?" Cormier asked.

"If there's anything we can do to compensate the victims it's worth looking at," said Leduc.

Laalo said she's not aware of any cases where that has been done, but it is something the city's building services and legal departments can look in to and report back.

The hearing committee's unanimous recommendation to uphold the decision to revoke Murray's business license will now be passed along to city council at their next meeting Sept. 10.

Once the decision is ratified by city council, it all but marks the end of the line for Dave Murray's business dealings in the Greater Sudbury, as a license revocation will be attached to his name, as well as to any business he or any of his affiliates are attached to in the future.