With 700 members in the city, the Lions Club is best known for the Children’s Christmas Telethon which ensures Santa visits hundreds of local families
0
Mar 5, 2018 10:00 AM By: Sudbury.com Staff 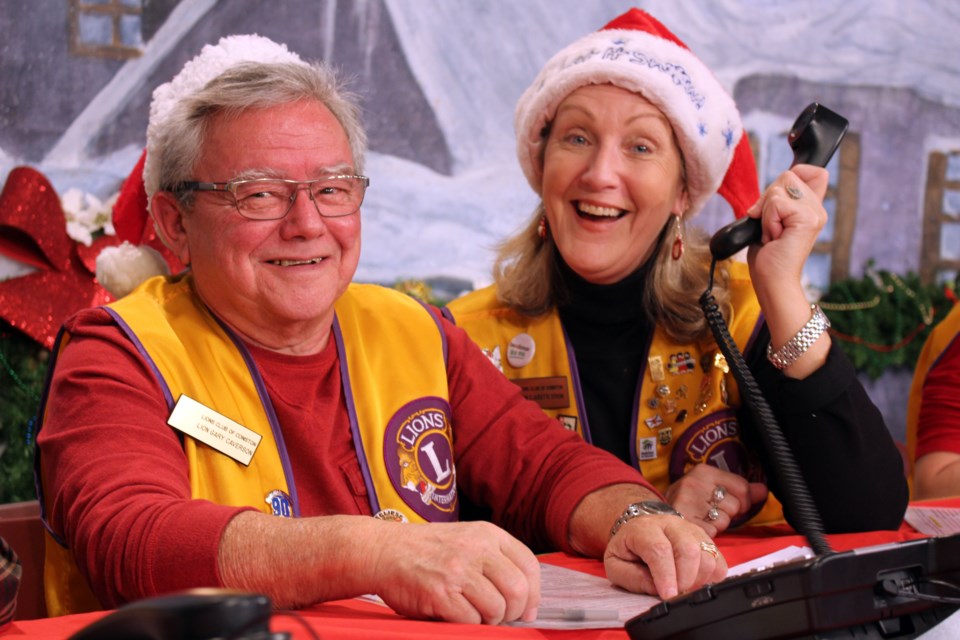 There are around 700 men and women who are members of Lions Clubs in Greater Sudbury.

Editor’s note: On March 1, Northern Life/Sudbury.com presented the 15th annual Community Builders Awards of Excellence, celebrating those Sudburians who make or have made a significant impact on our community. Over the next few days, we will introduce you to all the winners.

There are more than a dozen Lions Clubs in the Sudbury/Espanola Region. Formerly a men’s club, about 700 area men and women are now part of Lions Club International, the largest service organization in the world with membership across 200 countries and 1.4 million members.

The clubs organize various activities and events throughout the year to raise funds for charities locally and internationally. The best known is the annual Lions Children’s Christmas Telethon.

For the past 52 years, since 1966, Lions Clubs in the Sudbury and Espanola area have worked together to make the Children’s Christmas Telethon a success.

The Lions Children’s Christmas Telethon is believed to be the longest-running fundraiser in Canada, says Sam Khoury, telethon chair.

This year, (Dec. 2, 2017), more than $273,000 was raised by telethon volunteers. More than $115,000 is used to purchase 16,000 toys for Sudbury and area children. Some of the money raised goes to pay for air time and television production while the remaining funds are used to assist families in need with essentials such as food and clothing.

“It is not just toys anymore,” says Khoury, a former Lions Club president who has chaired the Telethon committee for five years.

(Khoury received the Melvin Jones Fellowship Award, the Lions Clubs’ highest honour, in 2009 for his community work. In 2011 the Sudbury Multicultural-Folk Arts Society honoured him with a Queen’s Jubilee award.)

Although the Sudbury and area Lions have been involved for 52 years, the telethon’s history goes back to 1949. Members of the Sudbury Chapter of the Society for the Preservation and Encouragement of Barbershop Quartets sang Christmas carols outdoors in downtown Sudbury to raise money to purchase toys for children in need.

This became an all-star talent program (radio-a-thon) which was broadcast in 1952 on CHNO. A year later CKSO-TV televised a five-hour volunteer talent show that raised $2,000.

To paraphrase one of the telethon’s founders, Ernie Savard, “We could raise more money in one night on television than you could during an exhaustive six weeks of fundraising on the street.”

CKSO-TV was one of the first private television stations in Canada. The Christmas Telethon was a new concept back in 1953. It inspired other telethons for good causes across Canada.

CKSO-TV partnered with the Lions Club starting in 1966 and continued the relationship when MCTV (now CTV Sudbury) took over. The elethon is now watched on satellite television and is streamed live on the internet. Donations have been called in from the East Coast, Florida and the Northwest Territories.

It takes a community to make a successful telethon.

The Lions Telethon brings the community together in a number of ways with one goal: putting smiles on kids’ faces on Christmas Day.

Individuals, schools, sports groups, business and community organizations raise money, donate their time for the telethon program answering the phones or doing other tasks, or take part in packing and delivering Christmas toys.

Businesses, large and small, also donate money as well as prizes such as gift certificates and travel to entice donors.

And the telethon has always been a place for Sudbury’s talented performers to get their start. These include Eilleen “Shania” Twain, YES Theatre, Sudbury Young Singers and tenor Joey Niceforo.

The telethon is a Community Builder because it brings citizens together for a good cause and it has always encouraged young citizens to get involved in fundraising and community good will.

The Lions Clubs of Sudbury and area, and all the men, women, teens and children, who volunteer their time and give money to the Telethon should be applauded for their efforts.

For 15 years, the Community Builders Awards have recognized individual Sudburians and groups whose works and efforts have made our community the “greater” place it is. To learn about past winners, this year’s winners and to find out how to nominate someone you know for a Community Builders Award, visit our website, CBAwards.ca.