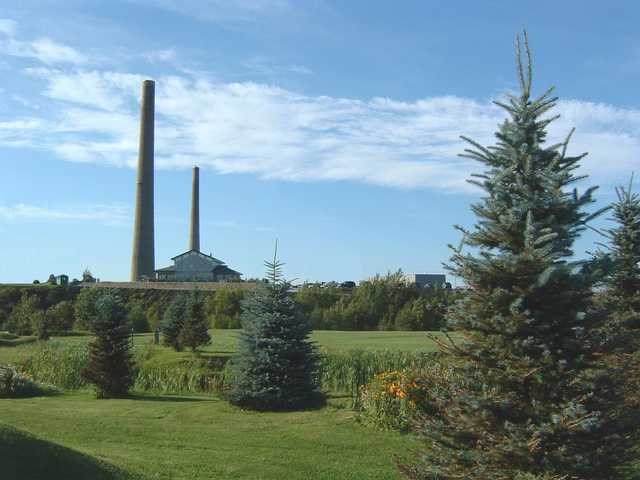 Inco’s former smelter in Coniston (the twin stacks) best fit Noront’s criteria both in terms of services and logistics. Plus, it’s already appropriately zoned. Although a Moose Mountain site was favoured by Cliffs Natural Resources a few years ago, Noront was looking for different criteria.

Greater Sudbury delivers its pitch tomorrow to Noront Resources to host the eventual ferrochrome facility that will smelt ore from the Ring of Fire.

Noront has ownership or a controlling interest in all major discoveries in the Ring of Fire, having acquired the chromite properties held by Cliffs Natural Resources in 2015 and acquiring MacDonald Mines in 2016.

In a news release, the group said it wanted to learn more about closed furnace technology, particularly from an environmental safety and sustainability point of view. The local delegation also met with municipal, public health and economic development officials while in Finland.

“We have the talent, we have a strategic location, we have a strong industrial base and we have a demonstrated commitment to environmental sustainability,” Bigger said in the news release. “This is the winning combination that we will put before Noront and I am proud to be working in concert with Wahnapitae First Nation Chief Ted Roque and Atikameksheng Anishnawbek Chief Steve Miller as we pursue this opportunity for our community.”

Greater Sudbury Development Corporation chair Wendy Watson called the smelter a “once-in-a-generation opportunity” for the city. The GSDC and the city’s economic development staff worked together to short-list potential local sites for the smelter, and funded polling to gauge public interest in the project.

Oraclepoll Research conducted the polling and found 77 per cent of those polled supported the construction of the ferrochrome facility.*

As for the location, Inco’s former smelter in Coniston (the twin stacks) best fit Noront’s criteria both in terms of services and logistics. Plus, it’s already appropriately zoned. Although a Moose Mountain site was favoured by Cliffs Natural Resources a few years ago, Noront was looking for different criteria.

Construction on Noront’s ferrochrome production facility is proposed to begin within the next five to ten years at a cost of approximately $1 billion. The facility would create approximately 350 permanent jobs and about 150 indirect jobs.

*An earlier version of this story did not include the word per cent, and read '"77 of those polled". We apologize for any inconvenience this may have caused.