Construction of therapeutic pool could lead to closure of older, existing facility 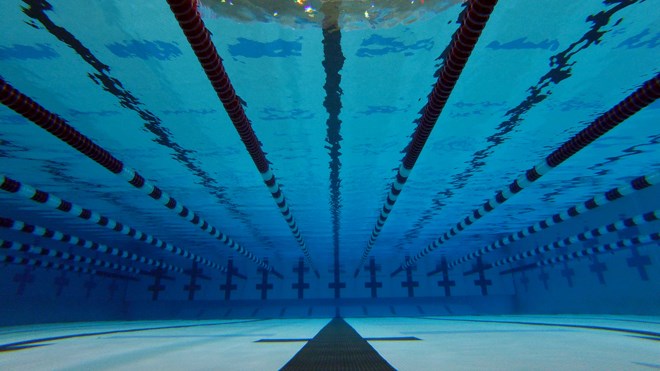 Greater Sudbury should at least consider closing one of its aging pools if it goes ahead with building a new therapeutic pool at the Lionel E. Lalonde Centre, says a staff report headed to the community services committee next week.

Therapeutic pools are heated to warmer temperatures and offer such benefits as reduced pain, improved circulation and increase exercise tolerance, and will benefit people with conditions such as arthritis, osteoporosis, stroke recovery or anyone recovering from injury or surgery.

Supporters have raised $100,500 toward the $5.5 million construction costs, and funds from the city and upper levels of government brings the money available for the project to $1,480,500. The plan is to build inside the Lionel E. Lalonde Centre in Azilda.

The report says the five pools the city currently operates – Onaping, R.G. Dow, Nickel District, Gatchell and Howard Armstrong Recreation Centre — will require more than $8.3 million in maintenance work over the next 10 years.

The Onaping pool, built in 1967, is the oldest and requires significant work – about $2.69 million over the next 10 years. It's the only one listed in fair/poor condition, with the others in fair condition and only HARC in good condition.

The Onaping pool is also the costliest to operate, with revenues only providing 17.5 per cent of the annual $313,000 in operating costs. On the high end, the Gatchell Pool revenues cover 53.5 per cent of its $524,000 costs.

If the therapeutic pool is built, the report says a review of existing pools should take place to see whether any should be closed.

“The development of a therapeutic/leisure pool should, at minimum, trigger a review of other municipal pools, with the closure of an aging and/or under-performing pool being one possible outcome,” the report said.

However, under the city's 2014 parks, open space and leisure master plan, “the decision to close or re-purpose any facility should come after a one-year review period following the development of a new facility.”

The community services committee will review the report at its meeting Monday at 8:45 a.m. Read the full report here

Two more cases of COVID-19 confirmed in Algoma
Mar 29, 2020 7:00 PM
Comments
We welcome your feedback and encourage you to share your thoughts on this story. We ask that you be respectful of others and their points of view, refrain from personal attacks and stay on topic. To learn about our commenting policies and how we moderate, please read our Community Guidelines.