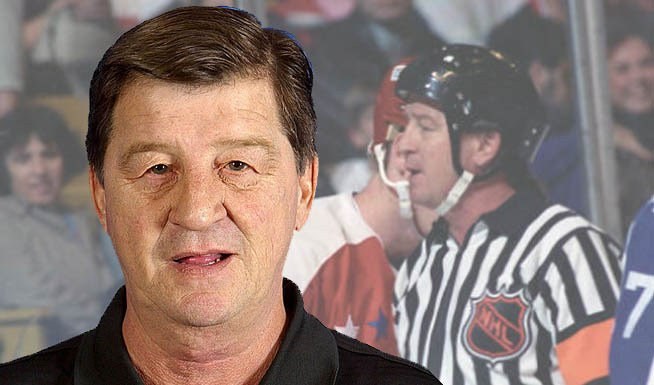 It was a brief mention, but Cherry told a story about a time he and Newell seemed to be butting heads, but revealed the topic of conversation was, Newell was complimenting his suit, saying, “that's the sharpest suit I have ever seen.”

Cherry admitted he didn't know how to respond to the comment, in what could have easily been mistaken as a tense moment between the two.

“He was a good referee, and he thought I was a sharp dresser,” Cherry said.

“He was cool under fire,” said Ron MacLean. “There's nobody you would want in charge of Game 7 other than Dave Newell.”

Newell's officiating career began in 1960, when he attended an NHL officials training camp when he was just 15 years old. After being scouted by the Toronto Maple Leafs, he told Sudbury.com (then NorthernLife.ca) in 2006 that his skating wasn't good enough to make it as a player.

He made it to the NHL by age 21 and came of age as a ref in the 1970s, a time when hockey had a reputation as violent and the Philadelphia Flyers were winning Stanley Cups “through intimidation,” Newell said.

Newell was inducted into the Sudbury Sports Hall of Fame in 2006, something he said meant the world to him.

“Dave was a selfless leader, known for his courage and generosity,” says his obituary. “He was a champion of the underdog, even when it wasn’t in his own best interest. Dave was a hard-working, loving, gentle and respected man who would lend a hand to anyone in need. He will be missed by so many.”

Newell's funeral was held in Sudbury on Saturday.