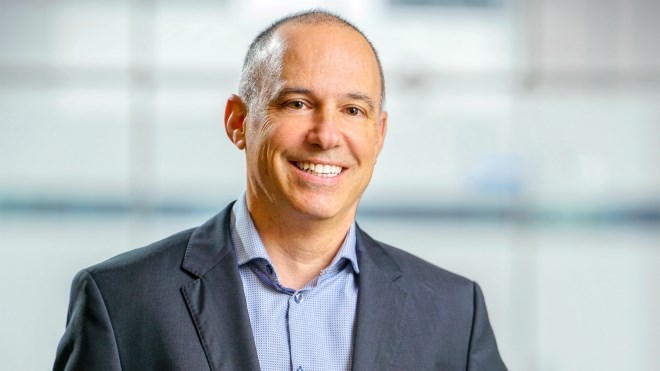 City council voted down a member's motion from Ward 1 Coun. Mark Signoretti that would have removed a general wage increase for mayor and council, along with all non-union city employees. (File)

City council voted down a motion that would have removed a general wage increase for mayor and council, along with all non-union city employees in 2021.

Ward 1 Coun. Mark Signoretti brought the motion to the table on Dec. 21 during a meeting of the finance and administration committee, after more than three hours of discussion among councillors about where staff should be directed to look for savings in order to create a budget that results in a property tax increase of no more than 3.9 per cent.

The city is facing its largest budget gap ever, due largely to COVID-19, and must find ways to close a $14-million funding hole in order to pass their budget in February or March.

The motion directed city staff to remove a general wage increase of two per cent for members of council and all non-union staff, which would result in a net savings of around $550,000.

Non-union employees include supervisors, managers, general managers, directors, a small number of analytical staff members and city CAO Ed Archer, who was paid $271,221 in 2019, and the average salary of non-union city employees is around $100,000.

"We've been looking at savings in different services, I feel it's important as council and staff to look at saying we understand the concerns that the public has with the budget," said Signoretti.

Signoretti's motion was met with some blunt opposition, specifically from Ward 5 Coun. Robert Kirwan, who called the motion a "slap in the face" to city staff.

"I can't support this resolution. First of all, it's a hollow gesture to include members of council in here and were it not for the work that's been done by our non-union staff, we would not be in the situation that we're in today. I think it's a slap in the face to our staff members to say we're going to ask them to subsidize the tax levy," said Kirwan.

"They (staff) wouldn't argue in their defence because it sounds a little embarrassing to do that, but we can't start doing this. We have plenty of places where we can address the shortfall and it would be demoralizing, and I really don't think we'd be in the position that we're in today were it not for the work that our staff has done."

Non-union city staff make up about 10 per cent of city employees, and many have been working long hours since pandemic measures were put into place by city council.

In a cost-saving measure, council voted to implement salary gapping for city staff, meaning that they would not be hiring anyone to replace staffers who retired or left their positions at the city.

"We don't have a system to specifically track the exact amount of overtime (staff have been working since March). We do have tools to tell us though, for those of us who are in meetings like this throughout the year, how much time we've logged into our devices, and I think if your executive team example is a guide here, you can anticipate that these are folks that have been putting in a minimum of 50 to 60 hours each week since the middle of March," said city CAO Ed Archer.

"More likely, for many of us through the second and third quarters, upwards of 70 hours and 80 hours a week to address the incremental response that the corporation has had to provide to address COVID-19's presence in our community, as well as sustain our services through the variety of adaptations we've had to make."

Archer indicated that it would be fair to say that non-union staff have been working at 140 per cent of their normal levels, though that number is an estimate. In addition, no overtime payments were made to non-union staff as a consequence of the city's COVID-19 efforts.

"In many other communities in the province, there have been financial payments made to those employees who have put in this kind of extra time," said Archer.

"We do not have such policies here and we have not come back to you with any kind of recommendation to do so through the course of the last nine and a half months."

As far as city council salaries, the 12 members of council were paid between $42,000 and $51,000 in 2019, with councillors Joscelyne Landry-Altmann and Al Sizer receiving the largest remuneration, at $50,534.81 each, while Ward 2 Coun. Michael Vagnini was paid $42,752, the lowest amount among city councillors.

Of the $550,000 that could have been saved had Signoretti's motion been passed, mayor and council would have represented about $10,000, or approximately 1.8 per cent of the general wage increase.

"That's hardly a sacrifice on our part," said Ward 10 Coun. Deb McIntosh. "Our staff in the last 10 months have been responding to emails and phone calls, late at night and on weekends and frankly I've had returned phone calls from people who are on holidays. This is not how I want to reward their incredible dedication to our community. I will not support this motion, our staff have been nothing but amazing over the last 10 months."

Mayor Brian Bigger did not support the motion either, stating that it went against how the city aims to treat its employees.

"I think it's clear to most of council that this is not in keeping with how we treat our employees and particularly during a global pandemic, it would be foolish to think that things got easier when we lost roughly seven to nine million dollars in revenue and still found ways to maintain the majority of our services," said Bigger.

"The $2.5 million through (salary) gapping means that other people picked up the slack and so I really hope that council does not vote in favour of this."

Voting in favour of the motion were Mark Signoretti, Michael Vagnini, Gerry Montpellier and Bill Leduc.