Council reverses decision that had GSPS tied to emergency services to look at viability of a shared headquarters building
May 11, 2021 9:09 PM By: Matt Durnan 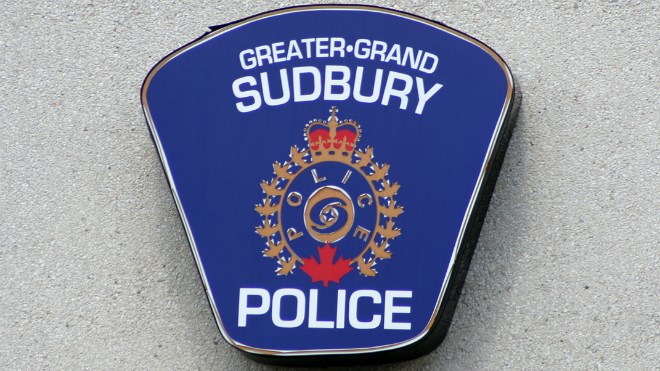 City council cleared the path for the Greater Sudbury Police Services board to explore options for a new police headquarters. (File)

City council cleared the path for the Greater Sudbury Police Services board to explore options for a new police headquarters.

The police service wasn't being impeded per se, however, a resolution passed in 2019 had the GSPS somewhat bound to the city's fire and emergency services when it came to planning a new building.

The resolution directed the services to work together in its facilities study that would include the viability of a shared headquarters.

Ward 6 Coun. René Lapierre tabled a members' motion on May 11 that requested a reconsideration of that resolution, which was passed and the original motion was subsequently defeated.

"As we can see, this decision was made in 2019, and then COVID happened and this was all back-burnered," said Lapierre. "We've come to the conclusion that GSPS is a little ahead (of fire and EMS) and want to move forward with a new building."

Greater Sudbury Fire Services is in the process of procuring a facilities analysis on their 24 stations, and results are expected later this year, around August or September.

Ward 1 Coun. Mark Signoretti suggested that it may be prudent to wait for the results of that study before moving forward and allowing the police to proceed on their own.

"I'd like to move forward with this tonight," said Lapierre. "Then Chief (Joseph) Nicholls can get his $100,000 from us. They're ready to put their tender out but they need to know if (this study) is for fire or both fire and police."

Mayor Brian Bigger piggybacked on Lapierre's comments, suggesting that the fire chief would not be in support of delaying or holding back the police service in their efforts to attain a new headquarters.

Lapierre also indicated that he was not in favour of having all services under one roof, and Ward 4 Coun. Geoff McCausland questioned the fire chief if there was any benefit in terms of response times and capabilities with a shared facility.

"It certainly depends on the type of event being responded to, we dispatch from our 24 stations, the GSPS dispatches from theirs and they also have vehicles that are in transit that respond," said Nicholls. "I'd be hard-pressed to say that having us all under one roof would improve our response times."

Ward 11 Coun. Bill Leduc was the lone councillor opposed to the reconsideration and stood by the original motion, stating that a shared facility would offer immense cost savings to the taxpayers.

"We're spending upwards of $105 million a year on emergency services, if we put these two together we can save a lot of money," said Leduc. "Even five per cent of $105 million that's huge money that can go into this new building, new equipment and more staff."

Ward 5 Coun. Robert Kirwan was blunt in his initial comments, stating that he didn't see a lot of reason for the discussion as a whole.

"I don't see why we have to defeat the motion," said Kirwan. "All the motion said was for them (GSPS and emergency services) to work together to see if it's viable. If the report comes back and police say (a shared headquarters) isn't going to be viable, then we don't go forward with that."

"It's time to start looking at individual services and what their individual needs are," said Sizer.

Ward 10 Coun. Fern Cormier backed Sizer's sentiments, and said that he didn't want to be the cause for delays in what the GSPS is looking to accomplish.

"We don't run the police force, their board is in a position to move forward on a project and I don't want to slow this process down," said Cormier. "It's already costing the taxpayer more because the GSPS are leasing other locations. GSPS are independent and if I were them I wouldn't be too keen on joining into a condo association with people who aren't my bosses."