Councillors Vagnini and Montpellier disappointed that they were not given any heads up that facilities in their wards would be on the chopping block
Mar 31, 2021 5:03 PM By: Matt Durnan 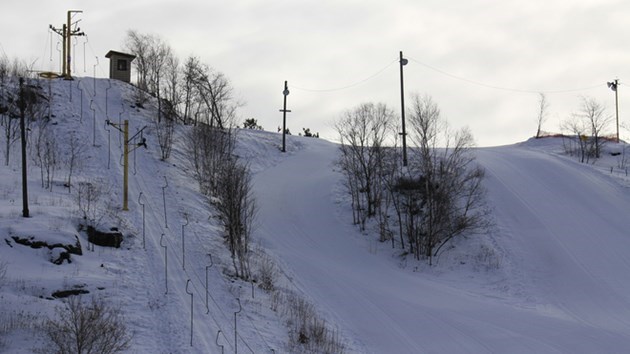 City councillors bumped heads Tuesday night as a motion to close a number of city facilities, including Lively Ski Hill was brought to the table during budget discussions. (File)

City councillors bumped heads Tuesday night as a motion to close a number of city facilities, including Lively Ski Hill was brought to the table during budget discussions.

The finance and administration committee is nearing the finish line in their 2021 budget process and have been working through a number of business cases for the past two meetings.

During the March 30 meeting, many of the business cases brought to the table looked at additions and improvements, including a $59 million project at Pioneer Manor that will see the construction of a new 88,000 square foot, five-storey wing.

When it came time to discuss subtraction however, the conversation took a turn with some members of council getting their backs up over a motion that was tabled by Ward 8 Coun. Al Sizer and Ward 4 Coun. Geoff McCausland.

The facilities that were potentially on the chopping block are located in wards 2 and 3, with the IJ Coady Arena and Onaping Pool in Gerry Montpellier's ward 3, while the Lively Ski Hill is located in Michael Vagnini's ward 2. Falconbridge Fitness Centre is in the boundaries of ward 7, which is represented by finance committee chair Mike Jakubo.

Both Vagnini and Montpellier spoke up in opposition to the proposed amendment, with Vagnini speaking facetiously that by the time budget deliberations are completed his ward will be left with little more than one park bench.

"What was the decision on the facilities that you decided? What made you decide on the Lively Ski Hill and if I miss something I apologize," said Vagnini, directing his question at McCausland.

McCausland had spoken when the motion was introduced, stating that these types of discussions are not fun ones to have, but that the city needed to be looking at "doing less, better".

"I met with Coun. Sizer a little while back and we talked about what are the different facilities that are under-utilized, what are the ones that are having a high cost but seem to be returning a lower benefit," said McCausland.

The finance committee will also be looking at a user fee business case that works hand in hand with its facilities rationalization business case, and McCausland said that in looking over both business cases there were some definitive outliers, or facilities that didn't appear to be pulling their weight.

"Closing these would allow us to do less, better," said McCausland. "That's why this isn't just going to the tax levy; this is about making sure that we're investing appropriately in the assets we do have and we're right-sizing what we have for our community and our lifestyle choices today."

The motion tabled by Sizer and McCausland also called for bringing forward a business case ahead of next year's budget that would outline targeted investments through community consultation. In plain English, the communities that were potentially losing a facility would have the opportunity to have something else constructed in its place.

"That would allow us to ask people what they want to see, what they want to have, and what's the thing that's missing," said McCausland. "We'd hopefully be able to provide those with the money that would be saved from these facilities."

The subsidies associated with some of the facilities that were in the crosshairs were upwards of $20 to $30 per person, per visit, according to McCausland, and user fees would have to be increased at astronomical rates in order for the facilities to reach a minimum cost recovery level of 75 per cent.

Vagnini wasn't particularly fussed about the numbers, but was disappointed that the Lively Ski Hill was being eyed for closure.

"I did not receive a call from Coun. McCausland of Coun. Sizer about this and now we're in a position where we have one of our last gems, and we talk about physical activity outside and doing things in the community, and now we're taking one of the last gems away from the community," said Vagnini.

Montpellier was more direct in his disapproval of not only the motion itself, but the way in which it was brought to the table without any notification from his fellow councillors.

"This is an attack that's all it is; the councillors don't even realize that the Onaping Pool is the sole piece of recreation out there for the entire community," said Montpellier. "The Jim Coady Arena is the only piece of property that people can converge on in case of an emergency. I just don't know what to say, this is an attack on the outside. I'm disgusted that I was never called, never questioned, never had an opinion on this."

While no facilities in Ward 5 were mentioned in the motion, Robert Kirwan went to bat for his fellow councillors, speaking against the motion and calling for a closer look at facilities in all parts of the city.

"But Onaping Pool and Coady Arena, who's going out there other than the people out there? The timing is not good for this; those facilities are more than just pools and arenas, they're part of the community and if you rip one of those things out, you're ripping out part of the community. We can't look at these outlying facilities the same way we look at the ones closer to the city core."

Ward 1 Coun. Mark Signoretti also stood up for Vagnini and Montpellier, stating that it was disrespectful for Sizer and McCausland to bring the motion forward without first discussing with the councillors whose wards would be impacted.

"I know Coun. Montpellier and Vagnini spoke very passionately about the facilities in their wards and I was unaware of this until tonight as well," said Signoretti.

Ward 8 Coun. Al Sizer took exception to the comments made by Signoretti, stating that he doesn't take his cues from the Ward 1 representative.

"Coun. McCausland and I have been working on this with staff right through until 7:30 last evening and we had spoken to a couple of councillors. To get lectured on whether I'm being disrespectful I don't appreciate whatsoever," said Sizer.

"I don't take my cues from Coun. Signoretti; if there's an issue the clerk or Mayor Bigger can tell me but I'm not here to sit here tonight to get a lecture."

In the end, McCausland and Sizer wound up withdrawing the amendment and staff will arrange a meeting to be held at a later date when council can take a closer look at facilities rationalization.

The finance and administration committee will resume budget discussions on March 31 at 6 p.m.