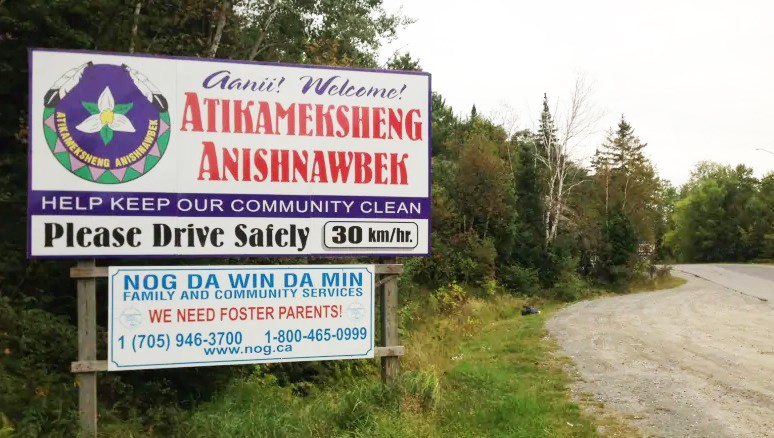 Faced with the threat of COVID-19, First Nations leaders took innovative, autonomous steps for the protection of their people, resources, and histories, say Laurentian University researchers and associated community leaders.

It’s a step that, in their opinion, demonstrates the viability (not to mention inherent right) for First Nations to take sovereign, independent steps to govern and protect their territories.

The proof, they say, is right there in the successes, as well as limitations, of First Nations’ emergency response measures.

Exactly how First Nation communities were affected by COVID-19 was one of the latest topics featured in a six-week webinar series hosted by Science North to discuss the pandemic and its influence.

Laurentian University researchers and professors of Indigenous Studies joined a First Nation elder in discussing their role amid the pandemic and related findings.

Among them was Dr. Jennifer Walker, a health services researcher and epidemiologist at Laurentian University, who has been curating regional, provincial and local COVID-19 data.

Every week, this data has been distributed to First Nations leadership to inform them of the progression of the virus, she said. It has also been used in conjunction with that of the H1N1 pandemic of 2009, to model the virus’ evolution and determine appropriate long-term response measures.

In the 2009 pandemic, First Nations communities were found to have a higher likelihood of infection and a greater chance of severe cases should infection occur, said Walker.

That’s a vulnerability she said is linked in part to the crowded living conditions, limited access to safe drinking water, and the high rate of pre-existing medical conditions experienced by Indigenous people living on and off-reserve.

But this data did more than inform decision-making, Walker said. It also highlighted the discrepancy in the availability of testing for those living on and off-reserve, as well as how effective First Nations have been at keeping the virus out of their communities.

At the time of the presentation, Walker said around 111 First Nations people had tested positive for the virus in Ontario, but only one-third of those were living on reserve.

“As a First Nations health researcher, I am aware that First Nations are vulnerable to pandemics because of challenges associated with socio-economic and environmental factors that are often rooted in colonial histories, colonial practices, and colonial policies,” said Robyn Rowe, research associate and Ph.D. candidate in the School of Rural and Northern Health, and sessional professor for the School of Indigenous Studies.

In working with Walker during the pandemic, Rowe said she has been able to see the adoption of data used by First Nations leaders in decision-making, leveraging funding, and improving the health and wellbeing of those in their care.

She has also noticed a growth in understanding on the importance of ownership, control, access and possession (OCAP) and respectful collection of data on First Nation people, which she said lays the foundation for sovereignty.

Ontario's 133 First Nations communities exercised this data-backed autonomy in the implementation of their COVID-19 response, she said. Measures of which included border closures and control, creation of testing sites and isolation facilities, as well as the introduction of food banks, community volunteer groups, mask-making initiatives, and virtual wellness programs.

In addition, the step towards independence carried a resounding thump through the nation, said Joey-Lynn Wabie, assistant professor in the School of Indigenous Relations at Laurentian University.

“(First Nations) sent a really strong message to the land that we now call Canada that we can be in control of our own health,” Wabie said. “We don’t need people to tell us what to do.”

But as First Nations pulled away from exterior influence, a greater need for community cohesion came to light, said H. Neil Monague, an elder from Beausoleil First Nation on Christian Island.

That’s a connection he believes has been challenged through the lures of modern technology and mainland culture.

People were upset with those responsible for security measures after travel restrictions were introduced on his community island, said Monague. At the time of his presentation, many people were still refusing to wear masks or abide by physical distancing protocols.

The many stressors associated with the pandemic have resulted in considerable mental health struggles within the community, he said.

One group in particular he identified were young people, who he said has been struggling with an abundance of free time and a sense of isolation.

Some of these individuals have come to him seeking spiritual guidance, he said, but they represent the minority.

Monague remembers hearing stories of pandemics past when he was young, and recalls how these teachings influence his behaviour to this day. But this form of information sharing is rare nowadays, he said.

“We need to talk to those elders, we need to know exactly how to take care of ourselves again because right now, some of us can do it, but a lot of community members can’t,” said Monague.

“(Our elders) are sleeping even though they're alive. Then suddenly they pass onto that spirit realm and with that goes that teaching, that understanding.”

Separated from the culture and community they hold dear has also led to mental health challenges for those living off-reserve, said Rowe, who has personally been unable to visit her family since the pandemic began.

University researcher Walker said First Nations people have worked with their communities to introduce collective, unified efforts widely adopted for the greater good. The response to COVID-19 wasn't perfect, she said, but it did show what can be achieved through unity, and will be improved should a second wave or later pandemic occur.

"I do think that there is a lot to learn, but we need to honour that commitment and collectivity."